There are some truly terrible people in this world. Unfortunately, some of them have some serious hacking skills and are only too happy to make celebrities into their victims.

That’s right — fears right now are that another incidence of The Fappening has struck.

The latest victims include Miley Cyrus and Kristen Stewart, among others … including Tiger Woods.

We all remember past instances of this.

Sometimes, someone gets a hold of a celebrity’s camera or sometimes a star trusts the wrong person.

But these mass leaks aren’t from one very lucky terrible person who’s gotten sexts from tons of celebs and decides to release them all because they’re some sort of amoral monster.

No, these massive leaks happen when hackers manage to access cloud storage of photos, penetrating security and violating people’s privacy.

It can take a long time to identify and bring these creeps to justice.

It was almost three years ago that Jennifer Lawrence’s nudes leaked, among others, back in October of 2014.

You know when the hacker behind the leaks was finally arrested?

March of last year. That’s a year and a half later.

Just as when this has happened in the past, celebrity lawyers have raced into action.

Kristen Stewart and her girlfriend, Stella Maxwell, immediately had their legal representation begin instructing websites to take down their photos.

It’s creepy that they’re out there, and we of course hope that they can all be erased from the web.

Kristen Stewart’s lawyer, Scott Whitehead, says that posting the pics is illegal because they belong to his client and cannot be posted or reposted without her consent.

This isn’t a "well the cat’s out of the bag" situation here, folks — anyone posting those images could be sued.

(We just wish that everyone who’s been victimized in this manner — even ordinary, non-celebrities — could immediately afford top-notch legal representation, you know?)

We should note that while photos belonging to the other stars were reportedly hacked from their phones (well, the cloud storage from their phones), Tiger Woods’ photos were said to come from the phone of his ex-girlfriend, Lindsay Vonn.

Katharine McPhee, a singer and actress who starred on that unwatchably awful Scorpion show but who’s also done good things, has also lawyered up with the same intention as the other stars.

It’s clear that these hacks weren’t just about lust, not that "but I really wanted to see them" is an excuse.

Kristen Stewart and Miley Cyrus have both appeared topless before. There’s really no mystery about what they look like naked.

(Again, that would not have been an excuse)

These violations are clearly about power, about invading the privacy of these people — and specifically, of women.

There are some sick people in this world.

Let’s hope that he perpetrator is caught and concentrate on the photos that these starlets have voluntarily shared with the world. 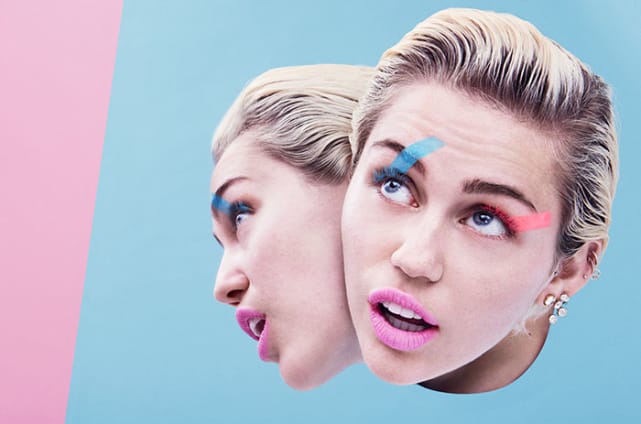