Sometimes the heart just wants what the heart wants, and few people know that as well as Khloe Kardashian.

The girl married Lamar Odom about a month after meeting him, remember? She doesn’t play games.

After her messy split from Lamar, she dated around a bit — her relationships with French Montana and James Harden seemed to move at a similar pace.

Without the rushed wedding, of course.

Then, when Lamar nearly died in 2015, she immediately pulled her request for a divorce so she could care for him.

The point is that she’s not afraid to take big risks when it comes to love, and it seems like things aren’t much different in her current relationship with Tristan Thompson.

After all, they’ve been together less than a year, and Khloe is already planning on having oodles of babies with him.

But before you start thinking about gifts for the wedding showers and baby showers and just all the showers, know that a source has told Hollywood Life that she’s cooling her jets.

"Khloe is in no rush to get married again," the source claims, "she’s happy with the way things are between her and Tristan right now."

"The way it worked out with Lamar still stings badly, and although she couldn’t have foreseen it, she’s determined not to make the same mistake again."

However, the source continues, "that doesn’t mean she’s not serious about Tristan, because she is, she’s really in love."

"She just wants to take it slow when it comes to making the commitment of marriage."

But "they have talked about marriage, and about starting a family together, it’s definitely on the cards," it’s just that "it’s still some way down the line right now."

Well, that makes sense, right? And it’s actually a strangely logical choice for Khloe — imagine, getting to know someone before marriage!

Before you get too proud of her rational decision-making skills though, another source has a slightly different take on the situation.

This source says that now that basketball season is over, "they plan to hang out with each other as much as possible."

And "Khloe recently came off of birth control, so don’t be surprised if there’s some baby making going on."

"Tristan has said he would like five or six kids with Khloe, so she really has her work cut out for her!" the source adds.

The part about these crazy kids wanting to  have five or six children is true — Khloe mentioned it on a recent episode of Keeping Up with the Kardashians.

But remember, in another KUWTK segment, we saw that Khloe might have some fertility problems. 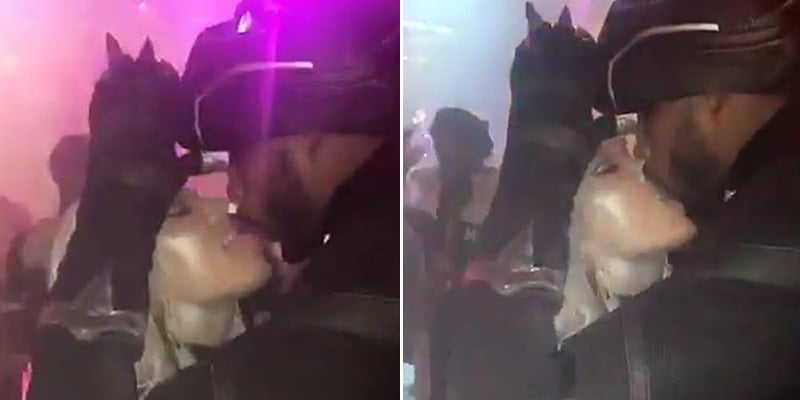 We imagine the truth is somewhere in between these two reports: they want to take things slow since Khloe’s been hurt so badly before, but they’re also super pumped about getting that brood started.