It’s a strange time to be an American.

We continue to provide the world with a number of crucial exports, such as Springsteen songs and Seinfeld reruns, but we’re in danger of losing our most cherished delusion by being forced to confront the reality that we don’t actually hold a position of respect and authority in the global community.

Part of the problem, of course, is that we went from a president who hangs with Beyonce and Kendrick Lamar to one who prefers the company of human punchlines:

Yes, that’s Donald Trump chillin’ with the biggest celebrities who will admit to voting for him. (Sorry, Scott Baio.)

The good news is that the phenomenon of aging, Trump-voting rockers in dumb hats seems to be mostly limited to the Detroit area.

The bad news is literally everything else about this photo.

Gaining the approval of celebrities might be the only thing more important to Donald Trump than convincing the world that his penis is actually quite adequate in size, so the fact that the best he can do in terms of famous friends is Kid Rock, Ted Nugent, and Sarah Palin means there’s probably a MOAB headed for Hollywood at this very moment.

Fortunately for Donnie, he was able to find playmates who share his obsession with his former rival:

Nugent uploaded the above photos to his Facebook page, along with captions such as this bonafide gem (*kisses finger tips like an Italian chef*):

He later added that the group dined on “incredible lobster salad & lampchops! UltraYUM!”

For our readers who aren’t fluent in Ted Talk, we think Nugent is trying to say that he got separated from his tour group and ate part of a lamp.

For some reason, he’s very excited about the whole thing.

Donnie is just enjoying having some friends over to his new place while his wife remains semi-permanently out of town, and we don’t blame him.

It gets lonely in the Oval Office.

Steve Bannon never wants to watch old DVDs of The Apprentice, and Jared Kushner always messes up the chorus of "Bawitdaba." 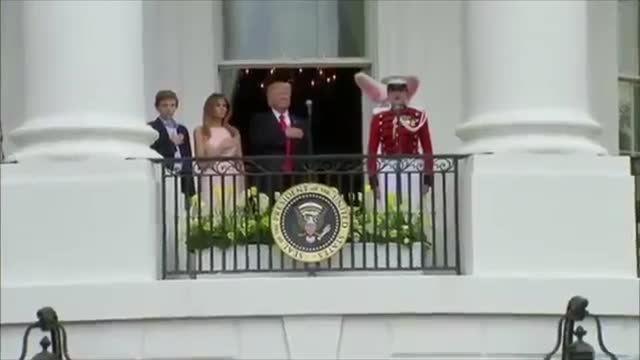