Earlier this week, we reported that Joy-Anna Duggar is courting Austin Forsyth.

If you’re familiar with the Duggar way of doing things, you know that courting is like dating on steroids.

The Duggars describe it as a sort of "pre-engagement" in which new couples spend a chaste, chaperoned few weeks together (virtually all physical contact is forbidden) in order to decide if they should take the next step.

Most of the time, the arrangement results in a proposal, as in the cases of Jill, Jessa and Jinger Duggar.

On rare occasions, however, one or both parties decide to call the whole thing off, as in the case of Josiah Duggar and Marjorie Jackson.

Either way, courting never goes on for very long, so Duggar fans take an intense interest when it’s announced (and it’s always announced) that one of the Duggar kids has entered a courtship.

Of course, these days there’s a shadow hanging over all new Duggar relationships in the form of the Josh Duggar sex scandals.

It’s been rumored that it was the allegations against Josh – and his family’s attempts to hide his crimes – from authorities that led to the dissolution of Marjorie and Josiah’s relationship.

Details are scarce, but it’s widely believed that Marjorie’s family only had vague notions about Josiah’s disgraced older brother and insisted that their daughter end her association with the Duggars upon learning that the family sheltered a child molester for several years.

One would think the Duggars would have learned their lesson, but insiders claim they’re repeating the same mistakes with the Forsyth family by attempting to keep Austin and his parents in the dark about Josh’s shameful past.

While Austin’s immediate family has kept mum, Radar Online recently spoke with several relatives of Austin’s, all of whom claimed to have no knowledge of the Josh scandals.

“I don’t know anything about any of that,” said Austin’s grandfather when asked about Josh’s past.

It’s hard to imagine that anyone who takes even a passing interest in the lives of the Duggars could be unaware of Josh’s sexual misconduct, but the family is part of an isolated community that avoids most forms of media.

So while it seems unlikely, it is possible that Austin’s family, and perhaps even Austin himself, are unaware of the shocking controversy that led to the cancelation of 19 Kids and Counting – the show that made the Duggars famous. 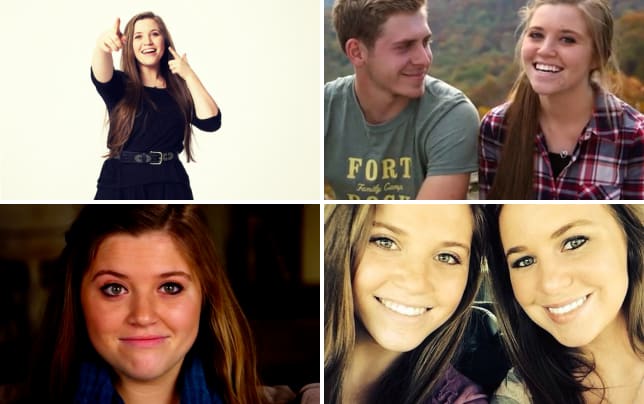 And if that’s the case, the situation could result in heartbreak for another Duggar.

We’ll have further details on this story as more information becomes available.