But that doesn’t mean we condone any sort of violence against the controversial swimmer.

Stunningly, however, the 12-time Olympic medalist was at the center of a scary protest on Monday night.

Soon after Lochte and Cheryl Burke completed their opening number of Season 21, two men in white t-shirts – with a red circle and line over Lochte’s last name – ran on to the stage from the audience.

You can then hear host Tom Bergeron cut to an early commercial.

Here. Take a look for yourself at what took place on the broadcast:

After Bergeron announced the commercial break, four women in similar shirts as the protestor continued to boo Lochte from their seats in the audience.

Later in the evening, ABC released different angles of the incident.

First, you can check out the following news report to see security tackle the protestors and then Lochte react to what just went down.

(In typical Ryan Lochte manner, we must say; again, not that the swimmer’s low IQ means he deserves to be the victim of any sort of attack.)

And here’s one more video of the near-attack:

Another angle of Lochte protesters on #DWTS #DancingWiththeStars

Why does this remind me of a Trump rally ? pic.twitter.com/YKCwT5dirE

As many of those in attendance started to chant the athlete’s first name in support, Derek Hough rushed out on stage yelling to security to “get them out of here.”

He was referring to the women in the audience. This took place after the men had already ran on to the stage.

“So many feelings are going through my head right now,” Lochte told Bergeron after order was restored, adding:

“A little hurt, but I came out here, and I wanted to do something that I’m completely not comfortable with, and I did, and I came out here with a big smile, and I have the best dance partner.”

A couple hours after the attack, the following photo emerged on Twitter.

It certainly appears to show the protestors in custody outside of the Dancing with the Stars studio.

“This is the cause of the #DWTS disruption,” ABC News reporter George Pennacchio wrote as a caption.

Lochte, of course, came under major fire this summer for lying about getting robbed in Rio de Janeiro.

Following a night out in Brazil, he told multiple media outlets that he and three other U.S. Olympic Swimmers had been held at gunpoint.

Video evidence and testimony from his fellow swimmers later contradicted this claim.

While we may never know the full extent of what happened with Lochte and his friends that night, it is now evident that they were not robbed.

They were drunk. They vandalized a gas station (Lochte, especially, his teammates told authorities) and a security guard then brandished a weapon in order to force them to pay for the damage they caused.

Lochte eventually took “full responsibility” for misleading the public, apologizing to his teammates and his fans.

He has since been suspended 10 months by the U.S. Olympic Committee.

Pretty crazy, confusing stuff all around.

The important thing here is that everyone is safe after last night’s Dancing with the Stars premiere and that hopefully this was an isolated incident that involved a handful of unstable individuals.

No matter what you think of Ryan Lochte, violence is never an answer.

Inaba, meawhile, posted an Instagram message after the premiere aired to address the chaos.

“We had a bit of a scary moment during tonight’s live taping of @dancingabc, but thanks to our security team and incredible staff at #DWTS, no one got hurt,” she wrote.

“Only positive energy here tonight and always. Thank you.” 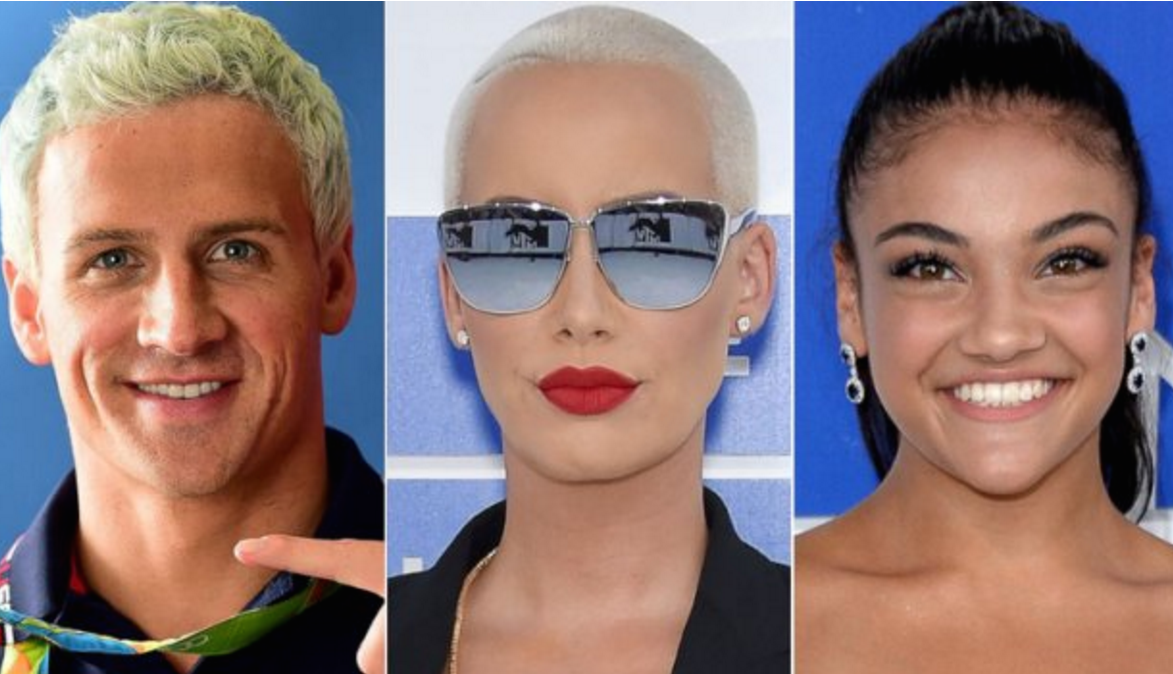