But they were stroking her belly!

During the 88th Annual Academy Awards, Cate Blanchett and Best Actress winner Brie Larson were spotted stroking Kate Winslet’s dress, which many assumed was because Winslet was pregnant.

Nope.  Sources told TMZ that the two stars were just fascinated with Winslet’s dress material, and wanted to feel it.

Winslet, who won Best Actress in 2008 for her role in The Reader, wore a custom silk Ralph Lauren Collection Gown to the ceremony.  Truth be told, the material made it look more like a GLAD trash bag (forgive me, Kate. ILY.)

Winslet is mother to three children – Mia, 15, Joe, 12 from her first two marriages, and Bear, 2 with husband Ned Rocknroll.

The British star was nominated for Best Supporting Actress this year, but lost to The Danish Girl’s Alicia Vikander.

Winslet was there for more than a nomination, though.  Her longtime friend and co-star Leonardo DiCaprio finally went home with an Oscar (Best Actor, The Revenant), and there was no better person to witness it than Rose herself.

“I think you can sort of feel it, and I think that everyone wants it for [DiCaprio],” Winslet told BBC News last month.

“It would be amazing … You can sort of feel the temperature. It’s probably going to be Leo’s year.” 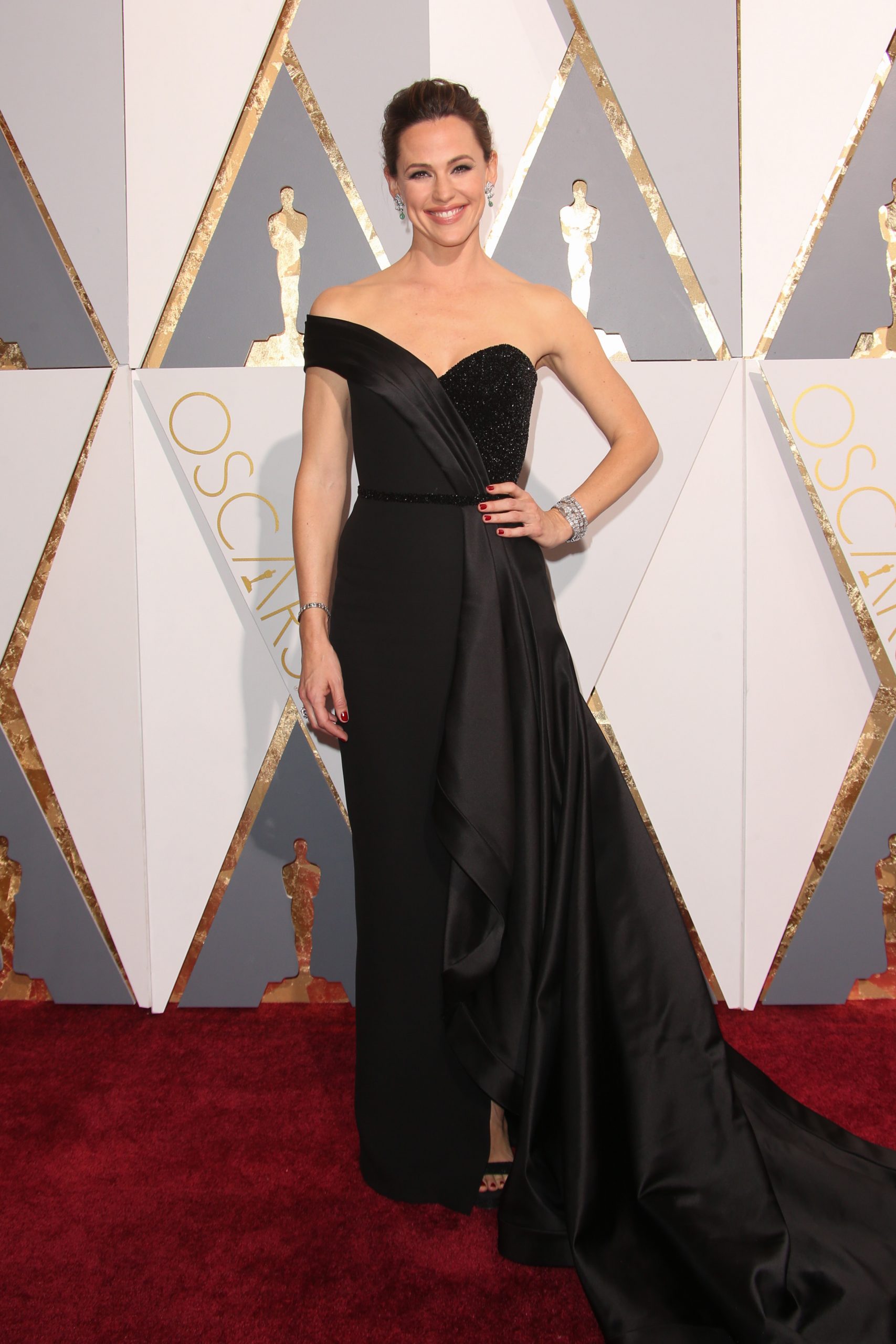 2016 Academy Awards Red Carpet: A Feast For The Eyes