By now, it’s nearly impossible to be surprised by the actions of Florida men, not when these creatures go around having sex with trees.

Not to be outdone, of course, Florida women often do some pretty weird stuff as well.

This is all a segue into the story of 66-year-old Carl Owen Smith and 51-year-old Suzanne Hurlvert.

The married couple were reportedly in an argument over how Carl likes to drink at a bar every night when Suzanne went ahead and slammed Carl’s head with her burrito.

Carl allegedly responded by stabbing his wife in her hand with a fork, according to the Okaloosa County Sheriff’s Office on Facebook.

“During the argument, [Hurlvert] hit him in the back of the head with her half-eaten Taco Bell Burrito Supreme,” police officer say.

“She said Smith then stabbed her hand with a fork he was using to eat a Taco Bell pizza and left their home.”

Authorities add that Hulvert was “relatively calm and in good spirits but had a fork protruding from her right hand” while giving her statement.

It was eventually removed by hospital personnel.

It’s unclear at this time whether or not Smith will also face charges for eating his pizza with a fork. 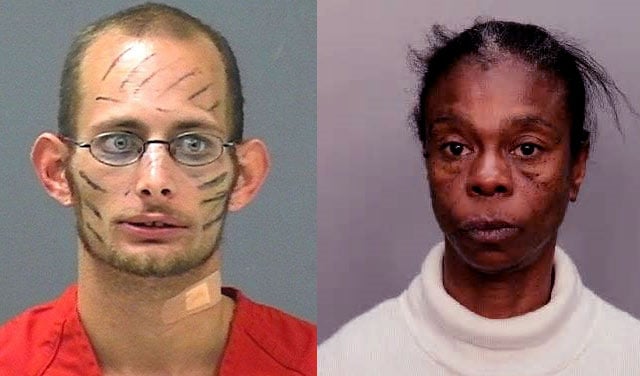