When the world first learned that Briana Jungwirth was pregnant with Louis Tomlinson’s baby, many One Direction fans dismissed her as a publicity-seeking gold-digger.

After Briana gave birth to Louis’ son and the two of them continued to maintain a healthy relationship, some Directioners dialed back their criticism. Unfortunately, the latest on Louis’ baby mama will likely land her right back in the hot seat:

Last night, for the second time in as many days, photos that purportedly showed stills from a sex tape starring Jungwirth was leaked online.

Both times, the pics were leaked by a French celebrity gossip site, and both times they were removed almost immediately.

The rumor-debunking site Gossip Cop claims that while the woman in the photos bears a striking resemblance to Briana, it is not actually her.

Sadly, the damage to her reputation might well prove irreversible.

The hashtag "#OhNoBriana" began trending late last night and the tweets from 1D fans ran the gamut from humorous memes to the most repugnant sort of slut-shaming.

Briana has not spoken publicly about the matter, which is not surprising as she generally remains out of the public eye as much as possible.

We think she’s proven time and again that she didn’t get involved with Louis for the media attention, but we’re sure many angry Directioners will cite this incident as evidence to the contrary. 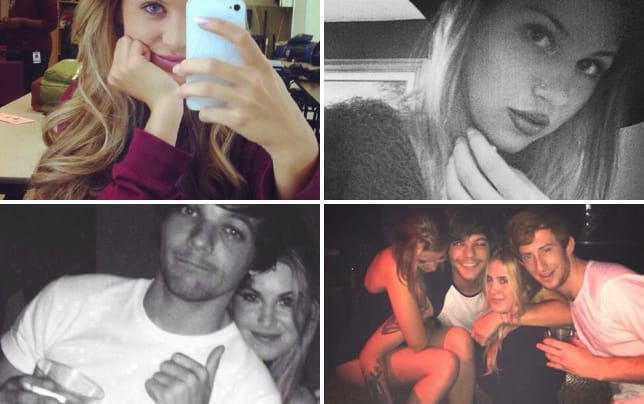