It hasn’t been easy for Kendall Jenner to reach the top of the modeling universe.

The Keeping Up with the Kardashians star opens up in the latest issue of V about the struggles she has faced over the past year or two, all due to her well-known last name.

"You have no idea how many doors closed on me and how many adults were either initially reluctant to take a chance working with me or who outright laughed at me behind my back," says Kendall.

"It was kind of hard because all I was doing was going on go-sees, trying my best to break into this business as a teenager."

But still. You’ve gotta give Kendall some credit for wanting to strike it big on her own merit.

"My parents taught me that work ethic is one of the most important keys in life, and I believe it," Jenner adds of mother Kris and father Bruce.

Kendall is riding Calvin Klein’s famous Great Dane in the above photo, and she’s excited to see her Calvin Klein denim campaign along the L.A. strip.

"This will be my first billboard on Sunset, which I’m ecstatic about," she gushes. "It’s really humbling, and honestly, I am a pretty shy person, but being part of the Calvin campaign and seeing myself up there will be a dream come true." 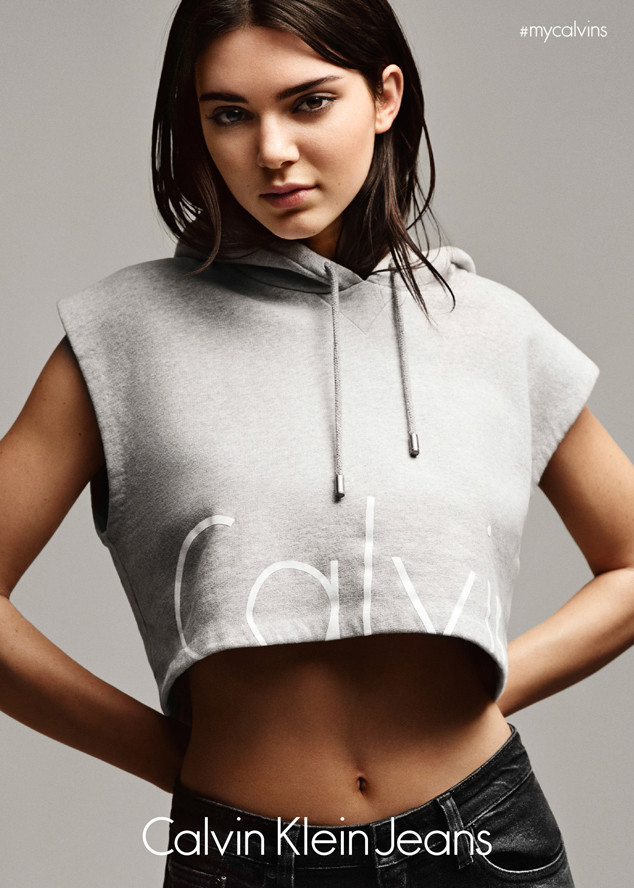