We picked up once again with Derek on Meredith’s doorstep to open Grey’s Anatomy Season 11 Episode 17, fans around the globe petrified about what he would reveal.

Turns out, the woman who answered his phone when Meredith called was his research fellow, Renee. Is he having an affair with her? No. So why did he come back to Seattle if he didn’t thinker was in trouble?

Because we’re in trouble, he replied.

Meredith, however, did not want to talk too much or try to work on their relationship.

Meanwhile, viewers flashed back to Derek’s interactions with Renee and witnessed some clear chemistry between the two.

At work, Meredith pushed Alex hard as a way to distract herself. She wanted to perform a risky surgery on a teenager in need of a liver transplant.

Tragically, as you’ll see when you watch Grey’s Anatomy online, Meredith’s streak came to an end with this procedure, with Alex giving her a long, comforting hug afterward.

Derek them comforted her even more that night: he thought back to when he pushed Renee away and told Mer he could not live without her. She said she actually could live without him… but she doesn’t want to.

So MerDer is gonna be okay! Derek is coming back to Seattle! 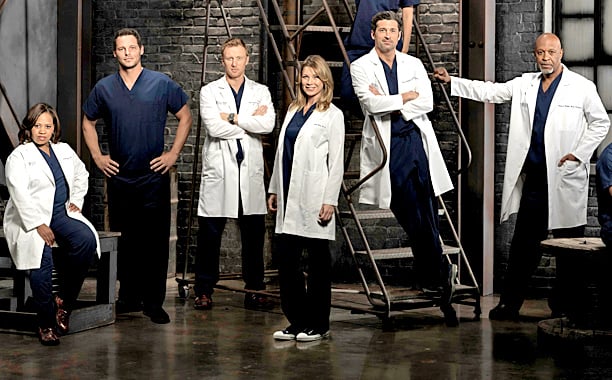 Where will things go from here? Turn in to Grey’s Anatomy Season 11 Episode 18 to find out!