The Ice Bucket Challenge to raise awareness and money for ALS is spreading so incredibly quickly, it’s going to run out of people sooner rather than later.

As with every social media campaign – even ones that raise millions – people move on and attention spans wane as we get saturated with new material.

Some things never fail to win over the web, though, such as cats, hot Ryan Gosling photos or drugged-up people after their wisdom teeth get pulled.

To wit, one girl who falls into the latter category decided to integrate her impaired state with the Ice Bucket Challenge, and the results were pretty classic:

Not the most stellar effort we’ve seen in terms of ice water cascading over a human being, but it stands out for its own comedic reasons in any case.

Very well played, and before you accuse this youngster of faking her prescription daze, note that there is a nice steam of blood dripping out of her mouth.

Guess even all that crazy magic they teach you at Hogwarts School can’t overcome the temporary numbing effects of hard ass pain meds. Oh well.

Like the rest of the people, be they famous folks or commoners, who contributed to our epic Ice Bucket Challenge fails montage, at least she tried.

No one can ever take that away from her. 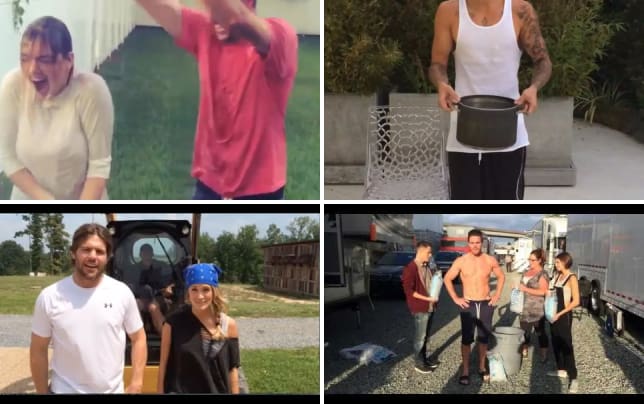