Kyle Richards may go on epic Twitter tirades against Lisa Vanderpump, but she’ll always be there to support her sister, Kim.

It’s no secret that Kim has struggled in the past with substance abuse.

Now, Kyle is reportedly begging her sister to seek help again before it’s too late.

Us Weekly reports that Kyle is worried sick about Kim given what she’s learned this summer.

"Kyle became aware that Kim was struggling in recent weeks," the insider reports.

"And," the source adds, Kyle "got extremely concerned based on what she was hearing."

One can only imagine the specifics that she may have heard about Kim.

But reports say that Kim isn’t "doing well" and that Kyle is now fully aware of that.

"Kyle isn’t a doctor," the insider points out.

"And," the source continues, when it comes to Kim’s health, Kyle alone "can’t make that determination."

"Which is why," the insider explains. "She is trying to get Kim into treatment."

Of course. Professionals would be equipped to evaluate how Kim is really doing and to set up the right programs for her.

Kyle just hopes that she can persuade Kim to take that important step.

Kyle and Kim aren’t quite joined at the hip.

The report reminds fans that the sisters have been "living their own lives for some time now."

That is generally very healthy!

Despite their independence, the two are said to be on "good terms" with one another.

"t’s going to be an ongoing conversation," the source characterizes.

So not one big dramatic intervention or what have you, but a series of gentle questions and talks.

"But the good news," the insider reveals. "Is that Kim is being extremely receptive to Kyle."

That is an absolute relief.

The source affirms that Kim is "recognizing she is coming from a place of love."

That matters so much when it comes to accepting advice and accepting help on your health journey.

The hard truth is that part of what made Kim such a source of entertainment as a reality star was her bad behavior.

A portion of that bad behavior has been attributed to her substance abuse issues.

Even sober, one’s struggle to remain so can alter their behavior.

You know how, when you’re hungry, you can eventually become hangry because you’re so impatient for food?

For some people who struggle with substances, they lash out angrily when they are sober because they have a similar craving.

Kyle has done so much for Kim.

Some longtime fans of The Real Housewives of Beverly Hills have accused her of having a martyr complex and taking care of Kim to show how nice she is.

But she really does care about her sister.

We don’t know exactly what’s going on with Kim these days, but we wish both Richards sisters the absolute best.

The news that Kim is reportedly receptive to Kyle’s words and concerns is extremely promising.

Best wishes to them both! 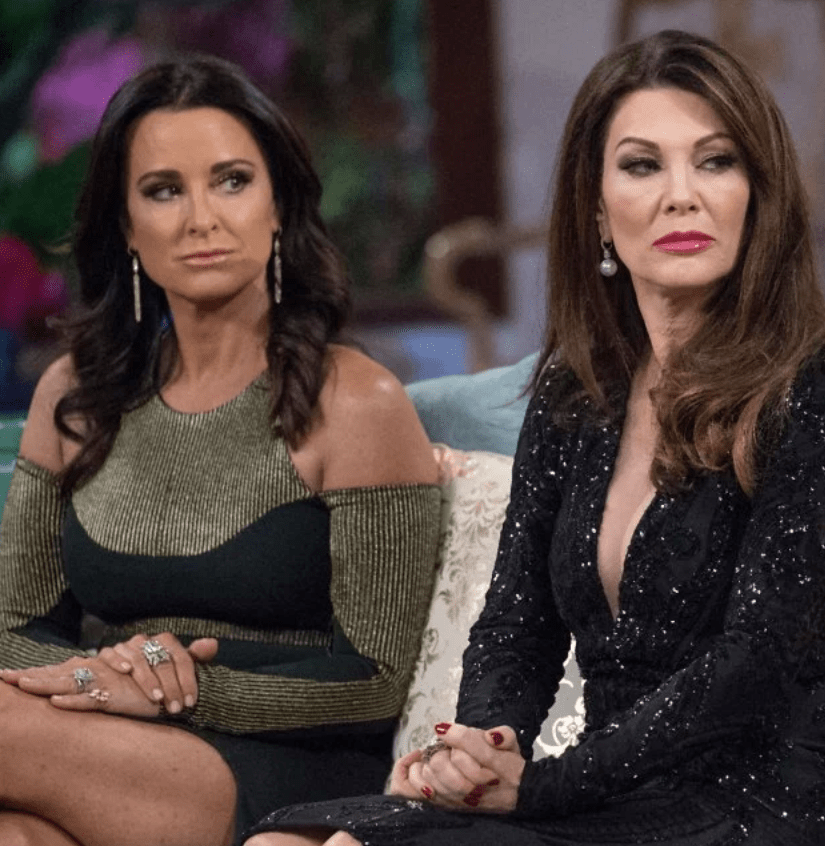