Drake took a break from his creepy AF friendship with Millie Bobby Brown to talk about a different child.

And Drake is gushing over his baby boy.

Speaking ot LeBron James on LeBron’s new HBO series, The Shop, Drake could not hold back his paternal affection.

They’re called baby blue for a reason — a lot of babies have blue or gray eyes as infants and then develop other colors as the age.

"He’s already in the pool shooting the basketball," Drake brags.

Once he starts on the subject of his son, he can’t hold back, saying: "I’m just excited."

We could roast Drake for the layers of hubris required to have a son named "Adonis."

But honestly, what he has to say is just really heartwarming.

Drake admits that he has been drawing upon "all of the things I’ve learned from and through my father" about being a good parent.

"And," Drake adds, he credits: "the incredible things I’ve learned through my mother."

He says that they have taught him so much "about patience, about unconditional love."

A 1-year-old requires a great deal of patience.

It was not until June of this year that Drake confirmed that he had a secret son.

He revealed this information on his album, Scorpion.

Though he was thrilled to ultimately learn that he had a son, Sophie first had to get attorneys and prove paternity.

"I am a single father learning to communicate with a woman who," Drake says, rephrasing to: "We’ve had our moments."

"I do want to be able to explain to my son what happened," Drake admits.

Drake wants to be honest, he says, "But I don’t have any desire for him to not love his mother."

In fact, Drake says: "I don’t ever want the world to be angry at his mother."

"We have found ourselves in a situation and we are both equally responsible." Drake explains.

That is, generally speaking, how sexual reproduction works!

"No matter what happens," Drake affirms. "I have unconditional love for the mother of my child"

He says that he feels that way "because I want him to love his mother and I have to project that energy."

"I didn’t come from that [peace],” Drake admits.

“I came from my mother being like, ‘Your dad is this.’"

"My dad would never speak ill of my mother — ever, ever, ever," Drake says. "My mother is the nicest, kindest, sweetest woman."

"But," he adds. "She’s a woman scorned and a woman who is exhausted."

"I was really hard on my parents for giving me sort of a childhood that I had to wrap my mind around as I grew,” Drake says. That’s totally fair.

“Multiple times," he says. "I sort of suggested that they could have done a better job at co-parenting, sticking together, not being so divided."

There is such a thing as too much unity between parents, but Drake’s not suggesting that, either.

Drake even went into how difficult it was to break the news to his parents that he was becoming a father.

"I think I was more scared to tell my mom," Drake admits.

"Because," he explains. "My mom has had real relationships with women in my life over the course of my years that I’m sure she would expect or be elated if I were to have gotten one of those women pregnant."

Instead, he had a child with a woman with whom he was not in a relationship.

Drake concludes: "It was tough for me to tell her that it was somebody that she never met." 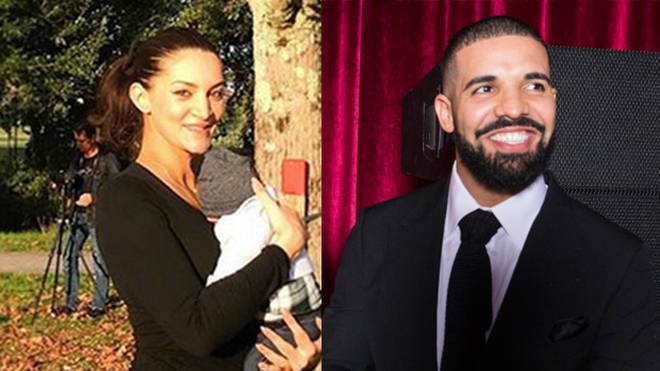 Sophie Brussaux: All You Need to Know About Drake’s Baby Mama