Last night on Keeping Up with the Kardashians, Khloe struggled to keep her pregnancy a secret, while Kourtney pondered more kids.

Watch Keeping Up with the Kardashians Season 14 Episode 19 Online

When Keeping Up with the Kardashians Season 14 Episode 19 got underway, everybody and their mother had babies on their minds.

If you watch Keeping Up with the Kardashians online, you know Khloe Kardashian is pregnant, and last night she revealed her birth plan.

"We’re having the baby in Cleveland,” Khloe told Kim one afternoon, somehow not sounding all that disappointed about the idea.

The baby’s father, Tristan Thompson, plays for the NBA’s Cavaliers in The Land; Khloe’s doctor is flying in from L.A. to deliver.

In typical Kardashian fashion, Khloe revealed that after her baby enters the world, she plans on eating her child’s placenta.

As for whether she plans to marry Tristan, Khloe said not in the near future, adding, “I was married before and it didn’t do anything."

"I’m in a good healthy relationship,” she said, while sister Kim opened up about her regrets over hiring a surrogate for her third child.

“Even though I will appreciate not having to gain the weight and then lose the weight … I so would have rather have done it on my own.”

Kim added that she worries she won’t feel the same bond with Chi, saying “I just hope I care as much. Everyone says it’s like no different.”

Kourtney Kardashian, meanwhile, revealed she may be considering having another baby, even if that means freezing her eggs.

As for a sperm donor?

No need for that, she says, because hey, she has “real prospects.” Out with Scott Disick, in with Younes Bendjima, apparently.

Kourt decided against egg-freezing for now, but insisted she’s “done having kids in life.” We have no idea what that means TBH.

She’s got three children already, and is 38.

That’s not too old to have more kids by any means, but somehow we think this was mere filler for an episode devoid of much excitement.

We also got some insight into Kim Kardashian firing Stephanie Shepherd … which she seems to think went just fine, thank you.

On the phone with a friend, Kim recalled approaching her ex-assistant and saying, “I just think that you’ve outgrown your position here.”

"She knew it wasn’t working.” 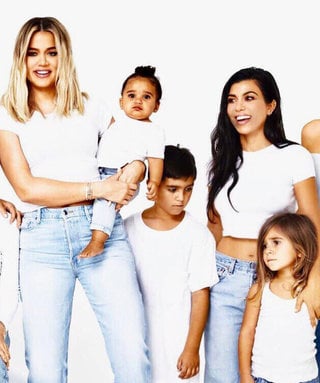