90 Day Fiance and its various spin-offs are so captivating because they show human struggles and relationships that defy political boundaries. Also, you know, there’s a lot of drama.

This good-looking young couple has potential for both controversy and internal drama.

Evelyn is just 18, is an aspiring singer, and is from Claremont, New Hampshire.

David is 27, and comes from Granada, Spain.

What drew them to each other — aside from David’s attraction to Evelyn’s looks, which first prompted them to connect over social media — is their shared conservative Christian values.

In fact, Evelyn announced on the season trailer that she and David have been saving themselves for marriage.

Clearly, their beliefs could prove controversial with viewers, just as David’s age and apparent fondness for teenagers could not go over so well (in addition to being a huge red flag!).

One reported area of conflict for the couple is that David wants to live in a major city, while Evelyn enjoys living close to her family.

One other potential item of drama for these two could be if one of them were to discover that the other doesn’t quite share their beliefs.

This couple’s drama looks like it’s mostly going to come from external sources.

Josh is 43 and comes from Mesa, Arizona.

Aika is 36 and hails from Quezon City, Phillipines.

Though Aika is from the Phillippines, Josh said that his dating app "accidentally" connected with hers, which sounds like either some love god was determined to make these two meet or … someone’s been lied to. Just saying.

Despite that "glitch," Josh and Aika started messenging each other. You’d think that the next step would be to start dating in person, but Josh pushed the envelope a little.

When he flew out to see Aika, he didn’t just ask her out — he proposed.

(Josh has been married twice before, but apparently that hasn’t tempered his enthusiasm for love or marriage)

As for this couple’s drama? Josh’s friends and family seemed to be throwing major side-eye at Aika in the trailer.

They think that Aika will do anything for a Green Card. It will be interesting to learn if there’s anything to those accusations or if it’s just, like, concern mixed with racism.

Molly is 41 and comes from Woodstock, Georgia.

Luis is 26 and comes from Santo Domingo, Dominican Republic.

Molly was on a trip with some lady friends when she met Luis, who was bartending.

American cougar meets young, hot bartender — not necessarily everyone’s dream, but it’s for sure the dream of a lot of cougars and the young men who chase them.

Whether Luis was smitten with Molly or perhaps her American citizenship and financial resources remains, um, up in the air.

Regardless, Luis proposed to Molly just two months after they started seeing each other.

And neither is Molly’s father, who is convinced that Luis is just using her. So … we’ll find out.

Elizabeth is 27 and comes from Tampa, Florida.

Andrei is 31 and comes from Chisinau, Moldova.

These two met over social media while Elizabeth was looking for a local guide.

Andrei obliged, but the two ended up falling for each other in the process. Like something that happens in a romance movie — before the inevitable twist.

See, Andrei’s views on gender roles are positively archaic. He expects wives to be submissive to their husbands.

This might cause problems between these two, but it’s already causing problems with Elizabeth’s family and friends, who feel that Andrei’s views and assumptions might be a deal-breaker.

We suspect that, unless he changes his tune, Andrei’s views aren’t going to go over well with a lot of viewers, either.

These two aren’t new to 90 Day Fiance, but they are set to have new adventures.

Last season, Nicole and Azan’s meeting in Morocco didn’t go over as well as it might have.

In fact, he was downright insensitive. The guy’s done some fitness modeling, but he should realize that different people have different builds. He should also, well, be less of a dick about it.

Now, it looks like they’ve worked through that, since they’re both still in a relationship and still friendly on social media.

In fact, Nicole is giving it another try and heading to Morocco. She’s bringing her 2-year-old daughter, May, with her to find out if Azan would be a good father figure — and the partner that she needs in a potential husband.

Even if everything works out with this couple’s dynamic (and previews suggest that it won’t go smoothly), Nicole will still have to convince her father that Azan is the man for her — because it’s her dad who will need to sponsor Azan, as Nicole doesn’t make enough to pay for them both.

This new season is going to be quite something. 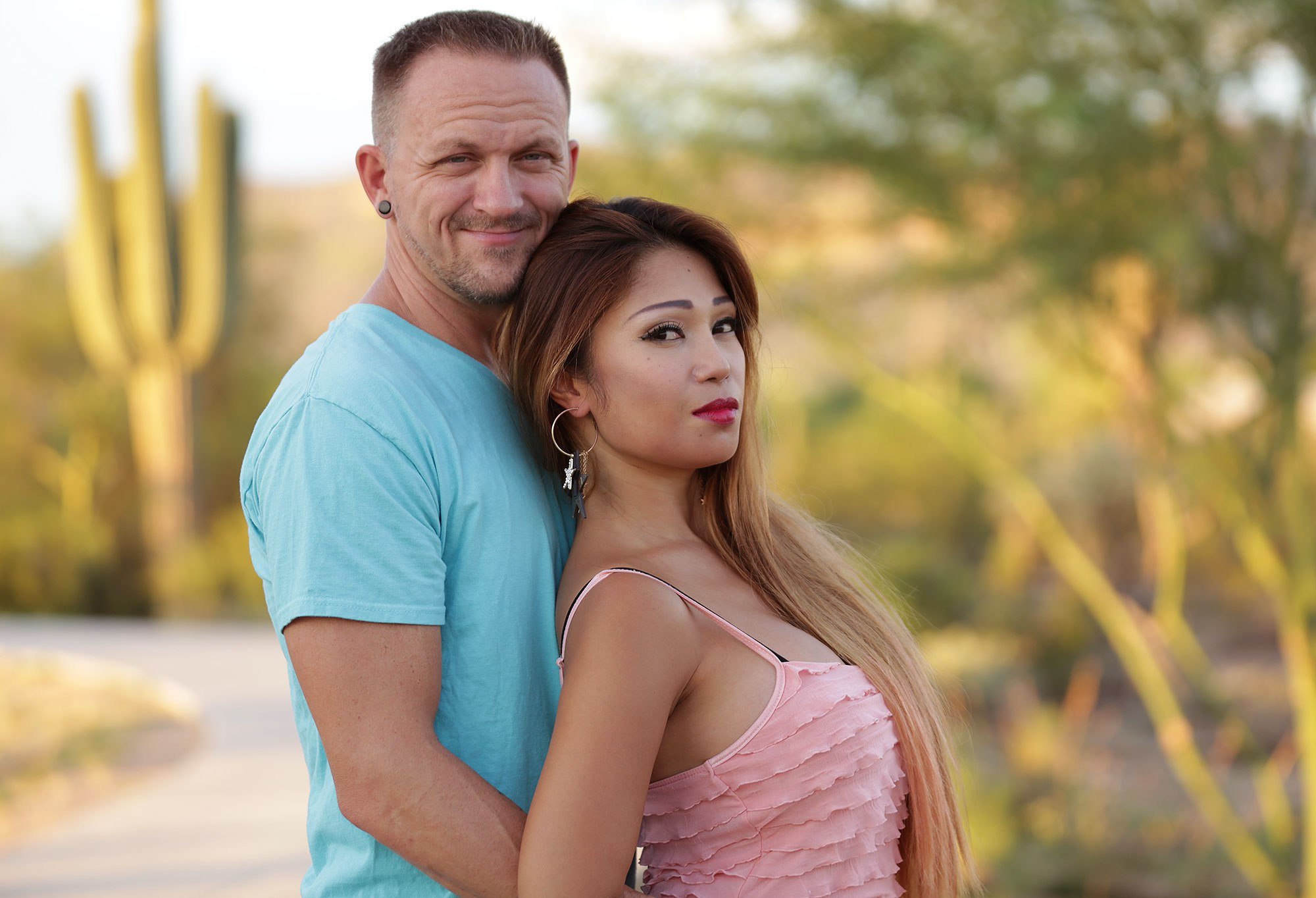