You’ve gotta hand it to Scott Disick – every time we think he can’t sink any lower, the Lord discovers a new rock bottom.

Last month, Disick was hospitalized under a 5150 psychiatric hold after authorities determined that he presented a danger to himself.

Now that he’s been released, Disick is still drinking, still banned from seeing his kids – and still spending time in the company of much younger women.

These days, it looks as though Disick is dating Sofia Richie, the daughter of Lionel and much younger sister of Nicole.

Sofia is 19 to Scott’s 34, but it’s not the age difference that’s causing the most concern.

No, what’s truly troubling is the fact that Disick is in the midst of a frightening downward spiral, and Richie’s family are reportedly concerned that he’ll take her down with him.

“It’s obvious that [Sofia] looks up to Scott. She constantly giggles around him.”

That quotes more than a little creepy in the context of a teenager dating a grown-ass father of three, but what’s really interesting is that it comes from a reliable source like People.

Equally intriguing is the unexpected development that Scott is working on "getting better" for Sofia’s sake.

“He was definitely spiraling for a while, but he got fed up with himself and was over his own stupid behavior,” an insider claims.

Well, it’s certainly good that Disick is trying to put a stop to his free fall.

It would’ve been nice if he’d been able to find the inspiration to do so in his three young children, but we’ll take a sober-ish Scott any way we can get him.

News of the Scott-Sofia relationship comes on the heels of a string of summer hookups for Disick.

At one point, Scott hooked up with Bella Thorne, who is also 19, and also somewhat famous in her own right.

Maybe he feels that if he dates women who aren’t drinking age, it’ll force him to cut back.

Or maybe we’re just trying to find an angle on this story that isn’t nauseatingly creepy.

That’s increasingly difficult to do when it comes to Scott.

But hey, if Sofia is helping him snap out of his suicidal bender, we’re all for it.

We just hope she knows what she’s getting into. 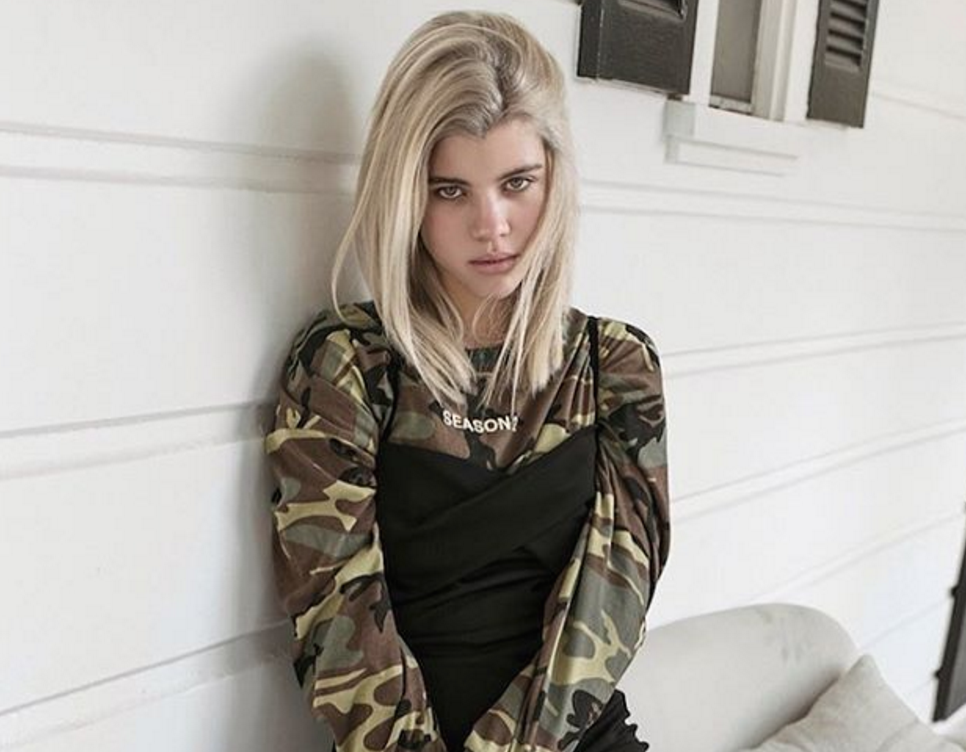