Kendall Jenner has been in the news quite a bit in recent months, but not for reasons that have anything to do with her modeling career.

First, there was the uproar over Kendall’s ridiculous Pepsi commercial that attempted to use racial unrest and the historic Black Lives Matter movement as gimmicks to sell carbonated sugar water.

Shortly thereafter, Kendall’s relationship with Blake Griffin (and the attendant rumor that she’s been banned from the Staples Center) made tabloid headlines.

And then there was the epic social media roasting that ensued after Kendall was named "Fashion Icon of the Decade" as part of some New York Fashion Week publicity stunt.

Needless to say, it’s been a rough year for the only member of the Kardashian-Jenner clan with a real job.

(We’re sure there are many who would argue that modeling doesn’t really qualify as a real job, but it certainly comes closer than reality TV star or "social media influencer.")

Kendall has endured a string of PR nightmares that would leave many celebs plummeting toward the D-list.

Usually, Kenny would turn to her mom to get her out of a tight spot like this, but now that she’s grown and rocking Fashion Week on her own, it looks like she’s decided to take the reins of her career by literally becoming Kris Jenner.

Okay, she didn’t literally become Kris, but Kendall’s looking a lot like the world’s most famous momager, thanks to the dramatically shorter pixie cut she’s rocking these days.

Kendall debuted her new look on the NYFW runway last night, where she presumably stopped strutting long enough to accept her Most Important Person in the History of Ever Award.

She posted the above pic on Instagram as a means of sharing the moment with us plebes who weren’t able to attend the Tom Ford show.

Because this is 2017, the internet has much to say about KJ’s new ‘do.

Remarkably, the response has been overwhelmingly positive.

We say that’s remarkable not because it’s an unattractive look, but because Twitter has reveled in dogpiling Kendall lately.

But the knives have apparently been put away for this one.

Naturally, many are reading way too much into the look, speculating that it may mark the beginning of a new era for Kendall.

We don’t know about all that.

We think she just looked in the mirror, asked herself what Kris Jenner would do, grabbed the scissors and started chopping.

Then she called 75 publicists because that’s Kris’ answer to everything. 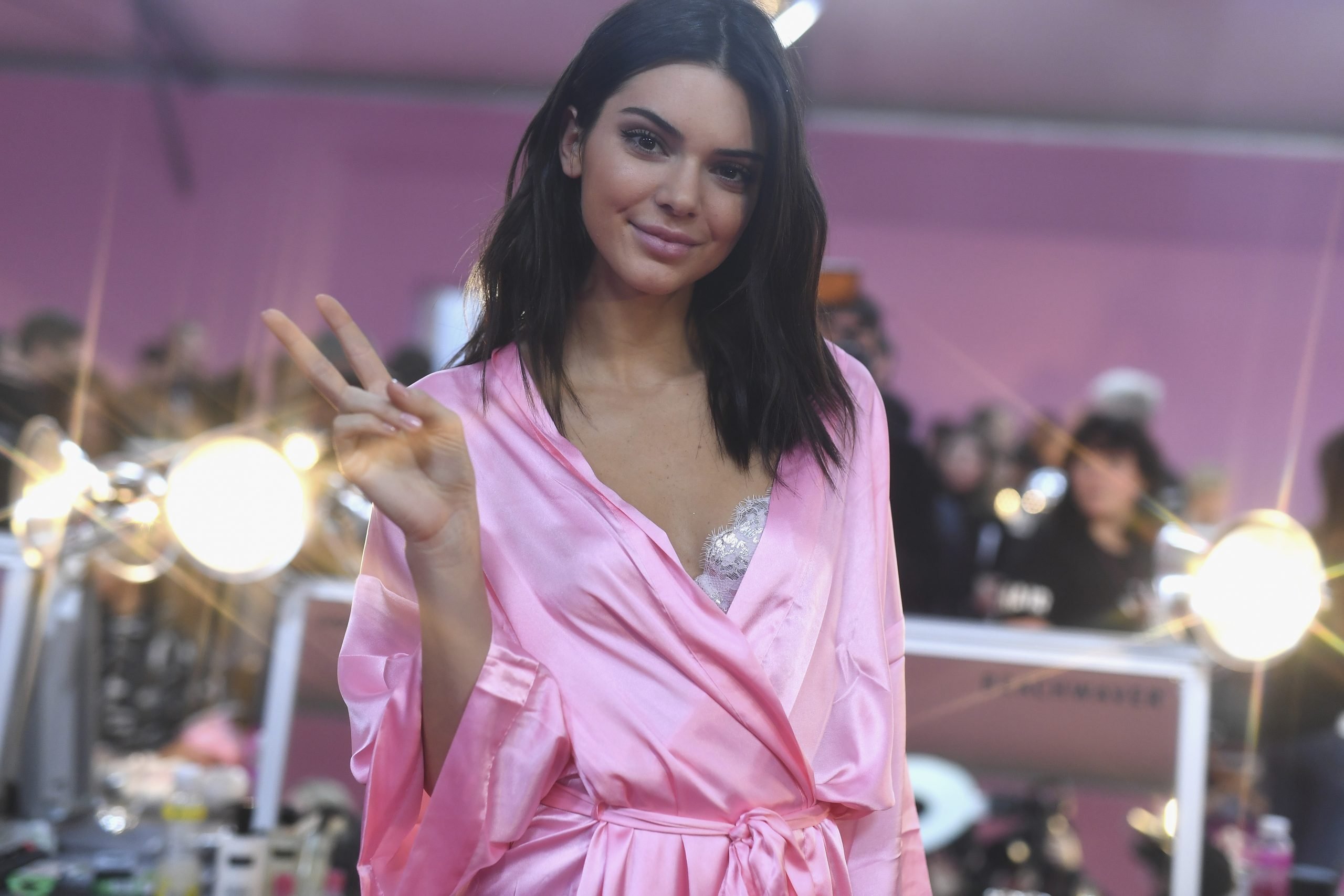