As you’ve surely heard by now, the UK was hit by yet another terrorist attack last night.

Three men men drove a van onto London Bridge, hitting pedestrians before they jumped out and began stabbing people.

Seven people were killed and 48 were injured. The terrorists were shot and killed by police when they arrived on the scene.

It sounds absolutely horrifying, and it’s especially scary considering the Manchester attack that happened less than two weeks ago.

On May 22nd, a suicide bomber entered an Ariana Grande concert, setting off a nail bomb that killed 22 people. Countless others were injured.

Ariana was understandably devastated by what happened, but she still managed to pull together, along with her team, to plan a benefit concert for the victims and their families.

The concert was scheduled for tonight … but will it go on in light of last night’s attack in London?

According to Ariana’s manager, Scooter Braun, absolutely it will.

Here’s the statement he released in full:

After the events last night in London, and those in Manchester just two weeks ago, we feel a sense of responsibility to honor those lost, injured, and affected.

We plan to honor them with courage, bravery, and defiance in the face of fear. Today’s One Love Manchester benefit concert will not only continue, but will do so with greater purpose.

We must not be afraid and in tribute to all those affected here and around the world, we will bring our voices and sing loudly.

I am pleased to say we have the full support of Greater Manchester Police and the government and are assured the safety of all those attending is the highest priority.

All artists involved have been unwavering in their support this morning and are determined to carry on with the show.

We ask the strong city of Manchester and the world to join us in making the statement that hatred and fear will never win. Today we stand together.

For their part, Manchester police have said that they’ll be thoroughly searching everyone coming into the concert.

Ariana, meanwhile, has been in Manchester for a few days, visiting her fans who were injured during the original attack.

Last night, she tweeted that she was "praying for London," and this morning she’s been promoting tonight’s show.

The concert will be televised in several countries, and any money earned from this will also go to the victims.

It’s an amazing thing that Ariana and all these people are doing, and a very brave thing as well.

Will you be watching? 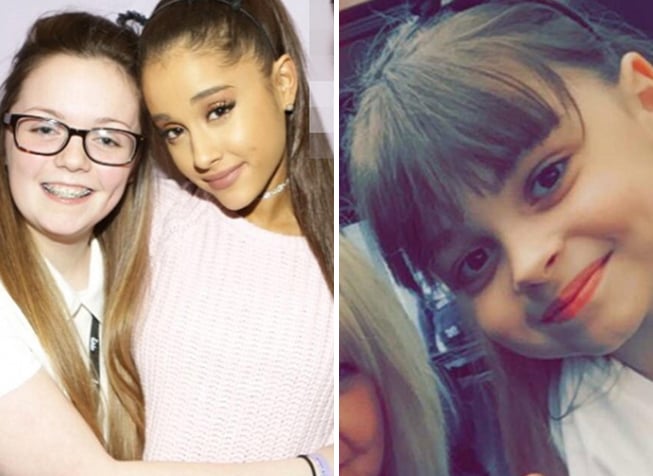 Manchester Bombing: A Tribute to the Victims