After a whirlwind courtship and a friendship of more than a dozen years, Joy-Anna Duggar and Austin Forsyth tied the knot in Arkansas.

Joy, 19, reportedly was set to become the fifth of Jim Bob and Michelle’s 19 kids to tie the knot, and the fourth daughter to do so.

The Duggar first-born-son-who-must-not-be-named, Jill, Jessa and Jinger walked down the aisle in past years and in that order.

Surprising reports that we would see Joy-Anna Duggar and Austin Forsyth married this weekend broke just a few couple of days ago.

Initially, a wedding registry attributed to the couple surfaced online, and clearly identified a wedding date – her 20th birthday this fall.

That was either bogus, or they pulled a fast one?

Did Joy-Anna and Austin Forsyth go on to tie knot much sooner than anyone, even those close to them, expected, and in relative secrecy?

Were it not for the Duggar Facebook fan page Pickles 4 Truth, we might not have had the slightest heads up about the Forsyth nuptials.

Then again, it may all have been a false alarm.

According to insiders on the ground in Tontitown, it does not appear that the wedding actually took place last weekend after all.

The Duggars did not post any videos from the wedding, nor did they make any official announcements via People magazine.

(That publication is the family’s de facto media mouthpiece that always gets first dibs, as Duggar obsessives know by now.)

In addition, no paparazzi photos were taken of the wedding which, as The Ashley notes, would be almost impossible to pull off.

If there’d been, you know, an actual wedding.

Part of the reason this rumor gained such crazy traction would be that they seemed to have sufficient motivation to fast-track this wedding.

By either hosting a much smaller party, or somehow keeping a giant Duggar Fest a secret from the press, they could save it for TLC.

Ratings for Counting On – returning June 12! – have been on the decline, and a Joy-Anna wedding surprise would be a big time storyline.

Still, it would be nearly impossible to pull off.

The family can, as we saw with Jinger’s wedding, do a lot to minimize photos being taken by outside sources looking to cover the event.

However, keeping the press away entirely, or no media hearing about the event from 1,250 of the Duggars’ closest friends and relations?

A tall order to say the least.

More significantly, a blog run by a Duggar family friend has finally confirmed via its Twitter feed that Joy and Austin did not get hitched.

“It was rumored that Joy and Austin got married on May 20th and they did not,” the blog tweeted. “This was confirmed by a family [member].”

So that’s that. However …

While Joy and Austin have yet to get married, they may still be getting hitched sooner rather than later, based on some real evidence.

The cute couple applied for a marriage license on Thursday, May 11 in Washington County, Arkansas, as documented below.

Per the county’s rules, the license is valid for 60 days after it is issued, meaning that the wedding will take place by July 10!

That throws a wrench into the theory that the online registry spawned – Joy-Anna getting married on her 20th birthday in October.

Sure, they could apply for, pay for and receive another license after this one expires, and continue to do so as long as they like.

Of course not, so sometime before July 10 seems like a safe bet, and possibly on the sooner, rather than the later side of that window.

With the pregnant Jill and Anna Duggar both due to give birth this summer, we’d guess that the nuptials are being fast-tracked.

Third-trimester pregnancies in Arkansas in July? Especially if they’re in the wedding? No. Call it a hunch, but we’re eyeing early June.

Stay tuned for more on this developing story …

UPDATE, 5/27/17: We weren’t too far off … Joy-Anna Duggar married Austin Forsyth last night! Follow the link for all the details!!

UPDATE, 5/27/17: Also … Joseph Duggar is engaged to Kendra Caldwell, after he popped the question at the wedding! Wow! 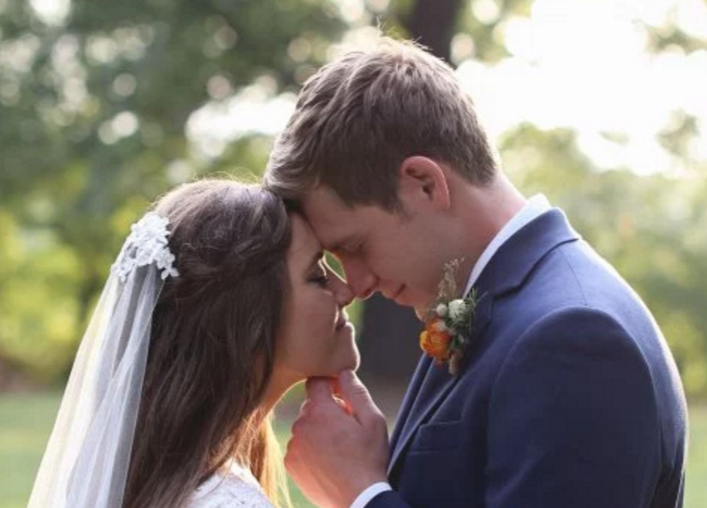