Actually, to be more accurate:

If you know what we mean!

What we mean is this:

Peter Gunz may be the father of Kailyn Lowry’s baby.

We’ll give you a few moments to sit down, gather yourself, place your eyeballs back into their sockets, remove your jaw from the floor and resist the urge to vomit for several hours…

Okay? All set now? Everybody? We cool? Good.

Let’s delve into the origin of this rumor, shall we?

Earlier this week, Lowry shared a new photo of herself on Instagram, giving followers a glimpse at her growing baby bump and raising their suspicion via a caption that read as follows:

Yes, Baby Lo and her.

Naturally, this has caused many to believe that the 24-year-old Teen Mom 2 star was making a reference to Chris Lopez.

He being the leading contender for the title of Kailyn Lowry’s Third and Possibly, But, Let’s Face It, Probably Not Final Baby Daddy.

Ever since announcing she was expecting back in February, Lowry has remained mum on the topic of who got her pregnant.

She has insisted all along, however, that she chose this path for her life and that the man’s name will be revealed when she’s prepared for the world to find out.

Not that this prevented an anxious Internet community from speculating … these are people who watch Teen Mom 2 after all.

Because Lowry has now referred to the child as "Baby Lo" on multiple occasions, most assume that she’s subtly admitting the father is Lopez.

(Even though a source hilariously tells Radar Online that "Baby Lo" simply means "Baby Little One," we’re not buying that for a second.)

HOWEVER, The Shade Room has taken note of one comment that a certain individual left in response to the Kailyn baby bump photo above.

The comment was left by the one and only Peter Gunz.

Yes, he of Love & Hip Hop fame, and the music producer’s message to the pregnant MTV star reads simply, "Calling U."

That’s it. That’s all it says. You can see it for yourself:

Why would Peter Gunz be telling Kailyn Lowry that he’s about to call her, specifically in response to a picture of her with a child in her womb?

We have no idea.

But Gunz has many kids. Like, many, many, MANY kids. He actually has 10 kids in total. Double f–king digits. They are:

The fertile reality star has also gone back and forth for years between Tara Wallace and Amina Buddafly, so we know he has questionable taste in women.

Of course not. Not by a long shot.

But it does mean that the concept of Gunz impregnating a woman out of wedlock is not exactly foreign. Par for the course honestly.

Considering what we know about Gunz and Lowry, would you really be all that stunned if this rumor turned into reality?

Still, as you’ll see below, it is widely believed that one of Lopez, Tyler Hill or JC Cueva is the man whose sperm fertilized Kailyn’s egg.

Lowry has hinted of late that she’ll be raising this third kid alone, even saying her unnamed baby daddy is toxic and pretty terrible at the moment.

(More evidence that points to Gunz!)

In a recent blog post she eventually deleted, the mother of Lincoln and Isaac made it sound like she knows tough times are ahead. 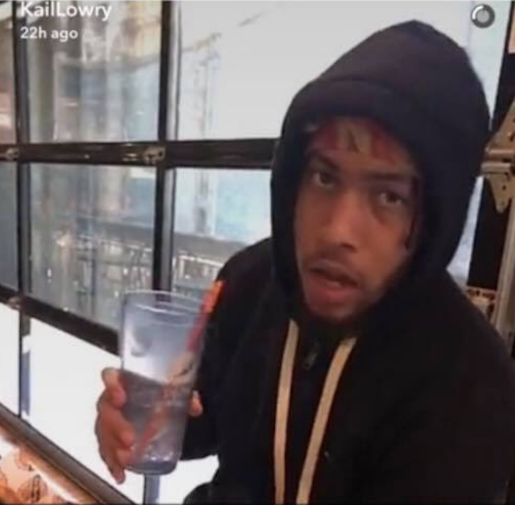 Who is Kailyn Lowry’s Baby Daddy? Meet the Contenders, Ranked!

"We won’t be able to pick up and leave to go on spontaneous trips for a while and I will have to schedule our days around the baby’s nap and feeding times."

"And even if the boys are with their dads I will have baby #3 in tow so no alone trips for me either."

"With the timing of this one too, I know I won’t be able to spend a whole lot of time at home with baby and be actively looking for a job shortly after I have him/her."

And then the kicker:

"I think I’m most worried about the changes ahead but also that I will have this baby 24/7 by myself with no help."

"I’m going to be a single parent from the beginning!"

No matter what you think of Kailyn and her life choices, as seen on Teen Mom 2 or expressed via social media, think of the baby here.

All kids deserve to be raised by two stable parents. In other words: Step up, Peter Gunz! Take responsibility and do the right thing, man!