As The Bachelor spoilers predicted, the season’s iconic villain was ousted on this week’s episode, but that doesn’t mean she’s done talking.

Corinne Olympios may not have made it to The Bachelor’s Fantasy Suite, but she had sex with Nick Viall and can’t wait to tell us about it.

The 25-year-old secretly met up with this year’s suitor after filming her hometown date in Miami, according to reports, and it was hot.

How hot? Dare you even ask she of the platinum vagine?

And do you really think she’d stay quiet about it for long?

“Corinne would love to expose details of how Nick is in the bedroom and intimate things he was saying to her,” a show insider shares.

“[Nick] hoped Corinne would take this secret to the grave."

If Nick really hoped that, Nick is clearly an idiot, or was completely blinded to the person Corinne has been the whole time, but we digress.

In any case, Viall may be worried about it for good reason:

"[He] believes that if Corinne begins to talk about their night together in public, it will ruin his relationship with the winner.”

As for who The Bachelor winner is? We know it’s one of two women remaining on the show this season, not Rachel Lindsay.

The Bachelorette star has already been announced, well before her exist from the show, leaving Raven Gates and Vanessa Grimaldi.

“She doesn’t care about the other girls, especially the winner,” the source says, adding, “Corinne is milking her newfound fame."

"She will do anything to stay in the spotlight.”

Olympios initially reacted in sad, apologetic shock when Nick cut her, then dried her tears and vowed to take a new approach to life.

"Saying goodbye to Nick… I feel like my heart is literally never going to be repaired," she said following her Bachelor elimination Monday.

"I just want to feel loved, the way it’s supposed to be."

"The normal way. Why can’t I just have a normal relationship? I’m trying to say things that men think are appropriate, and you know what?"

"I’m done trying to show my men how much I worship them and I love them and I support them," she said, issuing a warning to suitors:

"So if someone feels that way about me, they can tell me. And they can bring a ring to go along with it. I’m done trying to impress these men."

Interestingly, it was a heart-to-heart with Andi Dorfman that helped Nick realize that Corinne wasn’t the woman for him in the end.

The same Andi Dorfman whose sexual experiences with Nick have also been aired quite publicly, and not necessarily flatteringly.

Former Bachelorette star Andi wrote about their night together in the Fantasy Suite in her 2016 memoir, entitled It’s Not Okay.

Instead of saying he loved Dorfman like she expected, Nick started a game of "Would you rather?"… in the middle of doing it.

"Would you rather make love or f–k?" he asked Andi. 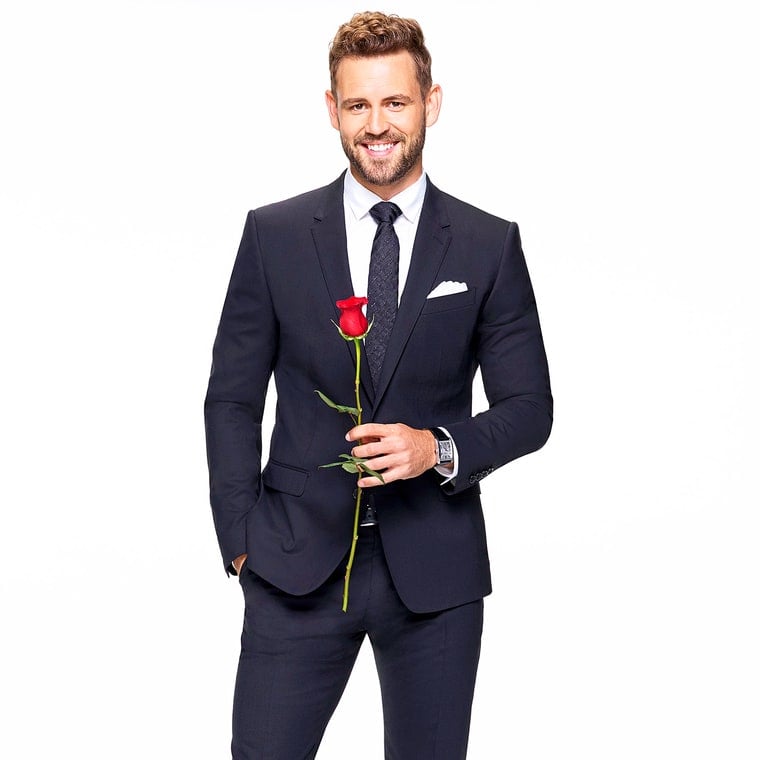 Nick’s amazing, alleged response to that? "Well, if I had four times, I’d like to f–k the first three times and make love the fourth."

Wow. Andi called this the "most cringe-worthy, lady boner-killing, awkward" sex she’s ever had in her life. Quite the endorsement.