The MTV Video Music Awards are known for the salacious and outrageous, but things turned jarringly serious last night thanks to rapper and actor Common.

While presenting the award for the 2014 MTV Video Music Awards‘ Best Hip Hop video, Common asked the audience to take a moment of silence for Michael Brown.

“Hip hop has always presented a voice for the revolution,” the 42-year-old artist said. “I want us all to take a moment of silence for Mike Brown."

Moreover, he called "for peace in this country, and in the world.”

Brown, 18, was unarmed when he was shot to death by a police officer in Ferguson, Mo., earlier this month, sparking protests, riots and a national controversy.

The star-studded audience at the Forum in Inglewood, Calif. obliged Common‘s request for Michael Brown to be acknowledged before the show proceeded.

Two MTV promo spots – one before the show, and one during – took on racial stereotypes and challenging America to face police brutality and discrimination.

The videos are part of the Look Different campaign from MTV, the Anti-Defamation League, the NAACP, the National Council of La Raza and the Southern Poverty Law Center.

While we all gather ’round to watch the MTV VMA performances from the stars we love (below), it was Common’s gesture that marked the night’s most stirring moment. 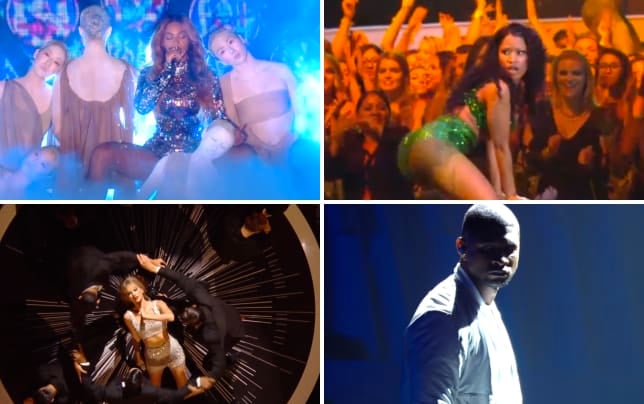