We all know that Colt Johnson proposes on 90 Day Fiance: The Single Life.

Fans are even convinced that they know who the, uh, "lucky" lady is.

But does Colt stand a snowball’s chance in Hell of being a good husband to his second wife?

Viewers are all too familiar with what he put his first wife through, not to mention his next girlfriend, Jess.

Colt Johnson announced that he’s done dating international and is instead turning his sights upon the women of Vegas.

In other words, TLC came up with a show to film stars that would let him stay on TV while dating local gals.

To hear him tell it, he’s looking at this as a clean slate.

In the trailer for 90 Day: The Single Life, Colt claims that Larissa Lima broke his heart.

But he confesses that he continues to be drawn to women with large personalities, women who are in charge.

Knowing what the audience expects, he then makes reference to his mother.

We are then given the briefest of glimpses at Colt’s dating life.

At one point, he enters a room that clearly defies description.

Now, it seems that he’s really serious about getting married again … but to whom?

We don’t see the recipient of Colt’s proposal in the trailer.

But fans tend to agree, based upon reports that the two became engaged, that the woman off screen is none other than Vanessa Guerra.

Remember, this is Colt’s "friend" with whom he later slept.

In fact, after his divorce from Larissa, Colt almost immediately asked out Vanessa, who turned him down.

This was when he turned to online dating to find a brand new Brazilian model — Jess Caroline.

Colt tried many of the same tricks on Jess that he had used on Vanessa: lying, mind games, and of course sending his dick pics to an array of other women.

Some fans think that Colt could end up much luckier in love with Vanessa, for two key reasons.

The first is that Vanessa knows him and has often taken his side against the women in his life.

That said, we are not sure of exactly when all of this was filmed.

Some fans have noted that Colt did seriously date and at least made inquiries regarding an engagement to another woman.

Julissa is a beautiful Mexican woman … on whom Colt reportedly cheated, to no one’s surprise.

However, it looks like 90 Day: The SIngle Life is focusing upon Colt’s local dating.

This may mean that Colt’s "romance" with Julissa, such as it was, played out off camera, or was too short-lived to form a reality TV storyline.

That’s for the best. Julissa clearly dodged a bullet.

Can Colt be a better husband to Vanessa — or some other mystery fiancee — than he was to Larissa?

Yes! At least, we sure hope so. 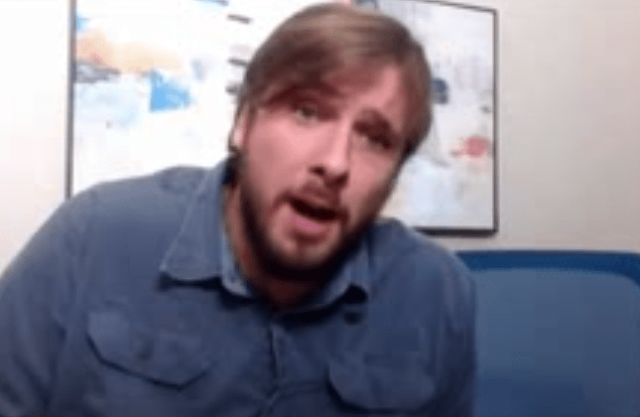 90 Day Fiance Happily Ever After Tell All: Colt Johnson Loves to F–k!