Kaitlyn Bristowe may have gotten her happily ever after with Shawn Booth after they became a thing on The Bachelorette Season 11.

That was back in 2015, and you don’t need to be a Bachelor spoilers expert to know these things rarely last as long as they have.

As far as reality TV stars go, weddings generally follow months, not years later, so fans have been speculating when the wedding will take place at all.

But what if it already happened?

In a surprising turn of events, Kaitlyn may have accidentally revealed that she is already married during a recent helping of her Off The Vine podcast.

Fans of the star took to Reddit when the reality TV star made a jab about the possibility of her already being married to Shawn.

Not the case, she said, apparently confirming that her fans would be first to know … once there is something to know. Says Kait:

"I promise, when we have a wedding date you will all know, I will announce it on the podcast, you will never have to question me again."

The bombshell came after the advertisements, and there’s reason to believe the end of the ads caught her mid-conversation with Claudia Oshry.

"Maybe we are already married because I needed a green card to work on Broadway!" she said with a laugh.

It’s not news that Bristowe can be seen on Broadway up until December 30 at the August Wilson Theatre, but could this have been a slip of the tongue with her pal that confirmed the news?

It would be a stretch, and while we love Kaitlyn, it would be very out of character for her to want to have a low-key wedding.

It’s more likely that Kaitlyn was having a joke and trying to make Claudia laugh, but we’re sure Kaitlyn will clarify the comments in due course.

As expected, though, fans lost their minds and were on the fence about the comments and what they meant.

"There’s a tiny, tiny chance that it’s just true but it just doesn’t make sense, logically, and it doesn’t fit with Kaitlyn’s personality."

"I love her, but the girl loves attention, and I don’t see her getting married quietly making just a passing comment about it," said one fan.

Another fan chimed in, saying "Kaitlyn sometimes says things off the cuff on this show. I hope she would understand that if this is true, saying publicly that you got married to get a green card/stay in the country is technically fraud."

"If the US government wants to come after you, they can, and they won’t care if you have actually been in a relationship for a while."

Given the fact that Kaitlyn has been talking about having two wedding dresses for the momentous occasion, it would not make sense for her to be already married.

Yes, there is the slight chance that she is married, and milking the publicity train in the aftermath, but it would still very out of character.

They don’t do Bachelor Nation weddings low-key. They are elegant affairs that are littered with flashing lights as everyone poses in front of the cameras.

As always, we’ll keep you up to speed on any further developments on the marriage front! 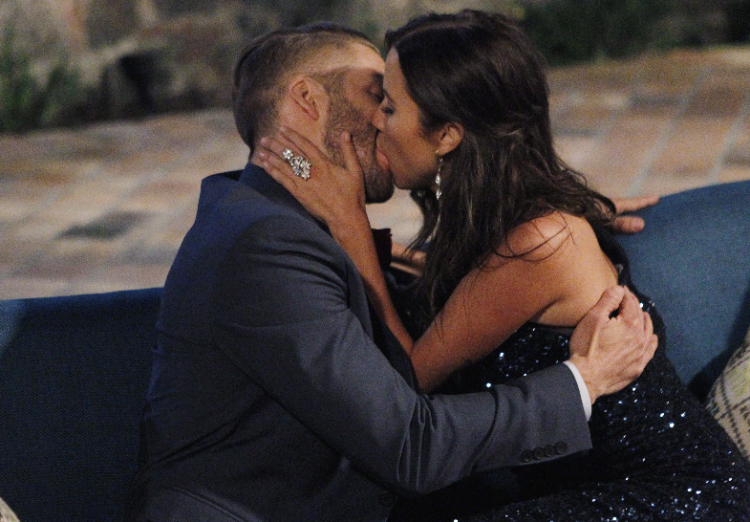