Last month, Shannon Beader announced her split from husband David. After 17 years of marriage and three children, it’s over.

But the Real Housewives of Orange County star is giving new insight into how and why their union has come to an end.

And this is really not what anyone expected.

Shannon Beador has had a rough time in her personal life, lately.

Sure, she’s an affluent realty star with three beautiful teenage daughters and a number of supportive friends.

But she’s had some well-chronicled … issues.

While it’s true that Shannon was stress-eating (though she’s certainly not what we’d call "fat") and also true that Vicki Gunvalson had been gossiping about Shannon’s marriage and adding to her stress, it rubbed fans the wrong way to hear her blame Vicki.

(Even if you don’t care for Vicki Gunvalson, she just doesn’t have power over other people’s actions and bodies)

Shannon Beador began exercising, and Tamra Judge vowed to help her out of fear that Shannon might die.

And we’ve heard again and again that Shannon’s weight gain was causing friction within her marriage, which is positively tragic.

You marry a person, not their waist measurements. But David was reportedly reluctant to touch her now that she was (slightly!) heavier than she once was.

When a couple suddenly stops having sex, sometimes many other problems that they’d previously been ignoring can rise to the surface.

And Shannon was understandably frustrated by David’s attitude.

But though it’s been reported that Shannon Beador might be ready to divorce David … that’s apparently not how this went down.

And it was apparently David who asked for their separation in the first place.

But Shannon says that she’s coping:

"It’s been really, really hard but I’m a mom and I’m a role model for my kids and it got to the point where I wasn’t teaching my daughters positive lessons."

That sounds like a useful mindset. Some people find it easiest to remain strong if they’re being strong for someone else.

Especially for their teenage daughters.

That sentence structure is a little odd, but suffice it to say that she’s not saying that her job is to show her daughters that she’s scared.

Rather, she’s showing them that she can overcome adversity and adapt to a new situation.

And that they can, too.

Children who haven’t been through a divorce before can often find them frightening and feel insecure.

Some even blame themselves.

Shannon and David are putting the girls first, which is absolutely the right thing to do.

"We’ve agreed for the benefit of our daughters to be amicable."

That’s the right move. The children didn’t cause the marriage, the divorce, or their own births. It’s on the parents to accommodate them.

"It was always a tradition to go to Sunday night dinner so we meet him for dinner on Sunday nights."

That’s good. A continued routine can help create a sense of stability for kids who might feel vulnerable.

"And we still go to the USC games and take the kids. Which is hard but it’s for the benefit of them."

Sometimes, you just grin and bear it for the sake of your kids.

The revelation that Shannon and David split has apparently given Vicki a wake-up call about the harm that she can do by spreading rumors.

"I’m sad about it because I didn’t know and I thought they were doing really good," Vicki said.

"If I was responsible for any of it, I’d feel awful."

You know, we believe that.

"If I could take back that day, if I was hurting because you weren’t talking to me… I’m so sorry. We’ve been through bumpiness but I want the very best for you."

Again, though, Vicki Gunvalson isn’t all-powerful. If her jabs at Shannon’s marriage caused it to fall apart, then it really didn’t have a solid foundation to begin with, did it?

Hopefully Shannon, if she seeks another relationship, can find someone who loves her for who she is and won’t recoil with disgust if her waist size changes.

Our best wishes go out to the Beador daughters in the hopes that their parents give them awesome presents in a game of one-upmanship.

Divorces are rarely fun, so they might as well enjoy one of the few potential benefits: insecure parents bribing them. 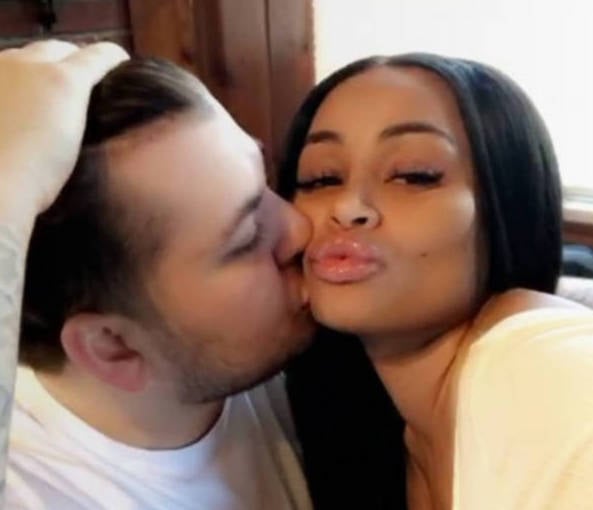