Vanessa Grimaldi and Nick Viall are the subject of a couple of interesting rumors this week, both hinting at the duo’s imminent demise.

Is there anything to either story, though?

As THG reported earlier this week, signs that Nick and Vanessa are already over or on the verge of a breakup are everywhere already.

The Bachelor finale wasn’t even a month ago, but they’ve done little to inspire confidence that this is going to work over the long haul.

That said, there’s a lot of information and misinformation out there pertaining to what, or who, exactly might lead them to pull the plug.

Gossip Cop blew the whistle on this one, but one tabloid claimed she’s still hung up on her former beau, Smallville’s Michael Rosenbaum.

OK! asserts that they dated long-distance for over a year before she went on the show, and that there’s no doubt she’s still into him.

An alleged insider hears "whispers" that the 29-year-old Canadian beauty is thinking about dumping Nick and getting back with Michael.

Of course, you don’t have to be an official member of the Gossip Law Enforcement community to know there’s zero evidence of this.

A second report, meanwhile, is slightly more believable; Us Weekly says she’s "having a hard time" with Nick on Dancing With the Stars.

Yet not entirely for the reasons you think.

"Nick rehearses a lot," says a friend, and "they fight about it," which we certainly can see after she moved to L.A. to live with him for this.

Then there’s this juicy tidbit, however: "Vanessa’s not used to the attention being mostly on Nick," notes the source. "It’s taking a toll."

Yes, according to this report, Vanessa is SO JEALOUS of Nick and the fact that he’s getting all the attention from an ABC reality show.

For the fifth time in three years.

Somehow, we’re not buying that either, since Grimaldi seems like the type who would prefer a return to Canada for a low-key lifestyle.

She asked him this on The Bachelor, and he said this week that they haven’t been back there since. Now it bugs her that Nick is famous?

Nick, for his part, has been bitten by the fame bug and that is an infectious disease unlikely to be cured anytime soon in Viall’s case.

Now a professional reality star, for lack of a better term, he wants to act, model and do his L.A. thing, and that’s his top mission in life. 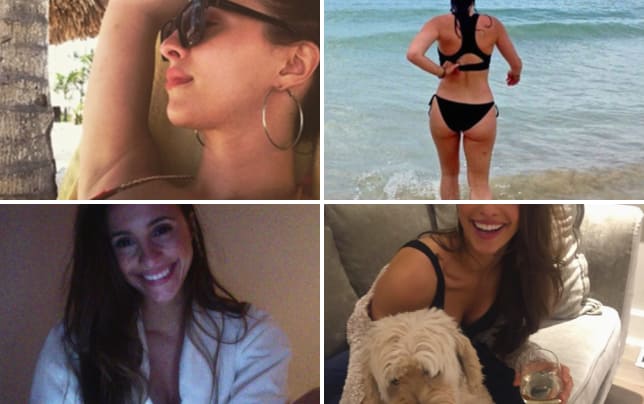 The long and the short of it here is this:

We wouldn’t put too much stock in sensationalized tabloid rumors, but there are still loads of reasons Nick and Vanessa will break up.

In an interview this week, Viall conceded that there is no plan to get married anytime soon, which on its own merit isn’t a huge red flag.

But coupled with their awkwardness on the After the Final Rose special, and the perception of a widening gulf between their priorities?

More than with most couples to come out of The Bachelor franchise, fans were sticking a fork in Nickessa as soon as the season ended.

Is that largely conjecture? Of course.

Odds are long for Bachelor duos in the best of circumstances, however, and every piece of intel makes these look like anything but.