Rashida Jones did not go home with any SAG Awards on Sunday night.

But that doesn’t mean the actress wasn’t a winner.

On the red carpet prior to the event, Jones walked up to TNT correspondent Danielle Demski for an interview and was immediately asked if she had recently been somewhere "tropical" because she looked "very tan."

A confused Jones waited a moment before handling the awkward question as best she could and responding:

Indeed, Rashida’s father is African-American (with some English, Scottish and Welsh ancestry), while Rashida’s mother is of Russian Jewish and Latvian Jewish descent.

As for Demski? She’s simply ignorant.

Among other memorable SAG Awards moments, words and speeches, did you catch what Viola Davis said upon winning?

Relive the 2015 edition of this ceremony below, GIF style! 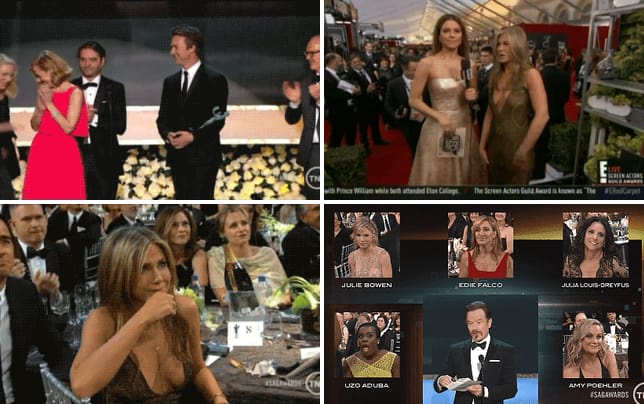