Jean-Claude Van Damme made a bloodsport of an interview in Australia this week.

In a manner of speaking, that is.

The 55-year old actor appeared Thursday morning on the morning program Sunrise, eventually leaving in the middle of the discussion because he was angry over “boring” questions.

It didn’t take very long for the action star to get annoyed by various distractions behind the camera.

“Guys, you are talking behind the cameras,” he said, adding by way of complaint:

"I’m online talking to you and I have people behind that camera talking about … because I’m sweating and everything."

Things then took a turn for the more awkward after a question was asked about Van Damme’s Street Fighter costar, Kylie Minogue.

See, back in 2012, Van Damme admitted that he had a relationship with the Australia singer while they were filming the 1994 action film in Thailand.

That was decades ago, but it was apparently still a topic of discussion for the interviewer.

"Sorry, guys, I cannot do this anymore. You are talking to a guy who’s very rough, you know. Let me talk… The press, they have been asking me the same questions for the last 25 years.

And Van Damme really was hoping to mix things up.

“It’s difficult for me to answer those questions so I start to sweat, I don’t feel good because they are boring and I knew this. OK, next question. You have something interesting to ask me?”

But that didn’t accomplish his goal.

Van Damme finally decided he had had enough of the situation, standing up to leave the interview.

“What the f-ck is going on with Australia?” we hear Van Damme utter prior to ripping off his microphone and announcing he had to use the bathroom. 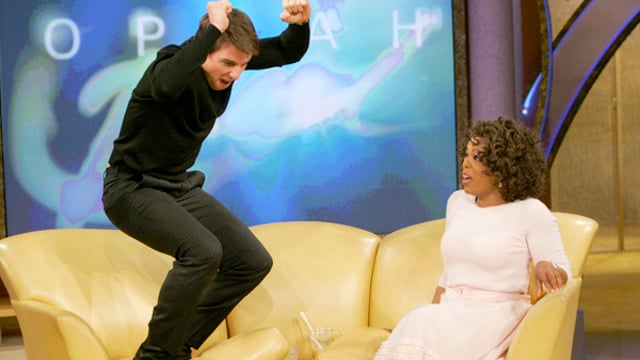 The Expendables 2 actor was on the series to promote his speaking tour in Australia, which begins in August.

Yes, Jean-Claude Van Damme is going on a speaking tour. We need to go buy tickets.

Check out clips from the awkward exchange below: