Awards season kicked off in memorable fashion at the 2020 Golden Globes on Sunday.

The night’s big winner was Once Upon a Time…In Hollywood, which took home several major awards, including Best Motion Picture – Comedy or Musical, Best Screenplay for Quentin Tarantino, and Best Supporting Actor for Brad Pitt.

We probably don’t need to tell you that the past few years have been full of ups and downs for Pitt, and many saw last night’s win — appropriately for a film in which he plays an affable Hollywood veteran with a checkered past — as the culmination of a well-deserved comeback.

And it seems there’s a surprising face among those who were rooting for Brad as he navigated the most perilous rough patch of his career.

According to a new report from E! News, Pitt’s first wife, Jennifer Aniston, was thrilled to see her ex triumph on Sunday night.

Some viewers went so far as to speculate that Aniston is mouthing, "Love him," but that seems like a stretch.

More likely, a simple "yep" escaped her lips, as she identified with something that Pitt said.

And what part of the speech was it that Jen found so relatable?

Well, not surprisingly it seems was his joke about the insatiable tabloid media that elicited her reaction.

"I wanted to bring my mom, but I couldn’t. ‘Cause, any woman I stand next to they say I’m dating," Pitt quipped at one point.

"It would just be awkward."

The rest of the speech was mostly boilerplate, as Pitt thanked his director, Tarantino, and his top-billed co-star, Leonardo DiCaprio.

"I have to start by thanking the man himself, Mr. Quentin. The man, the myth, the legend, for this experience, for the film, one I’ll never forget," Pitt said.

"Thank you, my brother, I really appreciate it."

As he turned to Leo, the outpouring of gratitude continued:

"I also have to thank my partner in crime, LDC. Before The Revenant I used to watch year after year his co-stars accept awards and get up and thank him profusely… I know why, he’s an all star, he’s a gent," Brad said.

"I wouldn’t be here without you, man, I thank you still, I would have shared the raft oh, man." 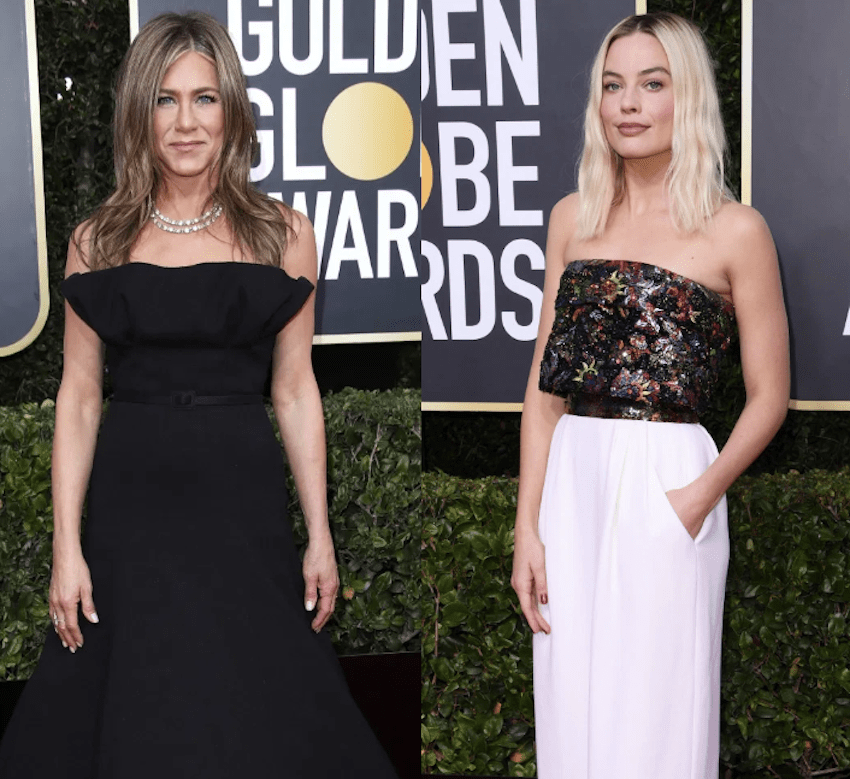