Before she became a household name as a result of her alleged affair with Donald Trump, Stormy Daniels made her living as an adult film star and producer.

Unfortunately for Stormy, it seems certain authorities are having trouble separating the politics from the pole.

Daniels was arrested at an Ohio strip club Wednesday night for “allegedly allowing a customer to touch her while on stage in a non-sexual manner.”

She was taken into custody following an apparent sting operation.

Not surprisingly, many — including Daniels’ high-profile attorney, Michael Avenatti — believe the arrest was politically motivated.

"Just rcvd word that my client @StormyDaniels was arrested in Columbus Ohio whole performing the same act she has performed across the nation at nearly a hundred strip clubs," Avenatti tweeted Wednesday night.

"This was a setup & politically motivated. It reeks of desperation. We will fight all bogus charges. #Basta," he added.

"We expect her to be released on bail shortly."

"We also expect that she will be charged with a misdemeanor for allowing ‘touching.’ We will vehemently contest all charges."

“Are you kidding me? They are devoting law enforcement resources to sting operations for this? There has to be higher priorities!”

Known for her outspoken social media persona, Stormy been uncharacteristically quiet on the subject of her arrest, likely on the advice of her legal counsel.

Daniels claims to have had sex with Trump in 2006, a story originally reported by The Dirty to much less fanfare in the early 2010s.

Now that Trump is president, however …

She’s suing the president and his former attorney, Michael Cohen, over a non-disclosure agreement she claims to have signed after the tryst.

Trump has denied ever having any sexual relationship with Daniels.

The strip club where Daniels was arrested has declined to comment on the situation.

According to court documents, Daniels posted bail and is scheduled to be arraigned on Friday.

UPDATE: Charges against Daniels have already been dismissed, according to multiple media reports Thursday afternoon.

Prosecutors say the statute cited in Daniels’ arrest only applies to strippers who "regularly appear" at the establishment.

According to TMZ, Stormy was merely a featured guest dancer at the club, so prosecutors will not pursue the case.

Stormy’s lawyer, Avenatti, said the incident reeked of a sting operation from the start, and that cops were gunning for her. 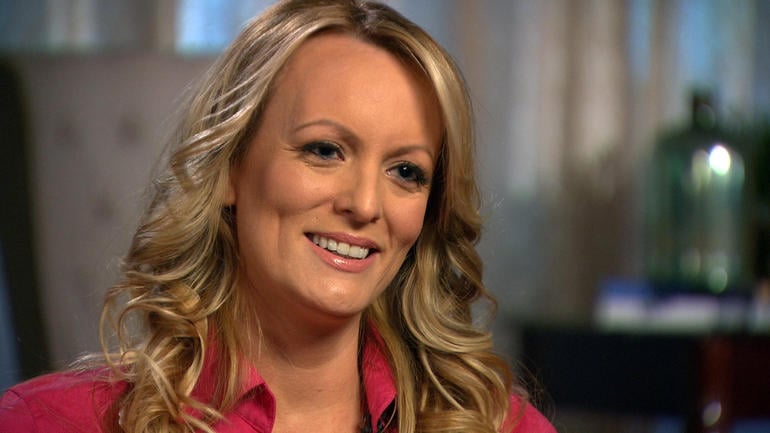 For their part, police say they were already in the process of investigating complaints of alleged prostitution and drug activity.

Two other strippers, who were also arrested, were the first offenders – with one motorboating and groping an undercover cop.