Kourtney Kardashian and Younes Bendjima were on a sexy vacation back in April. In May, they went on a sexy birthday vacation. Now they’re in the Mediterranean. And yes, it’s sexy.

In fact, sources say that Younes is crazy about Kourtney and is dishing about their love life.

HollywoodLife reports that Younes loves his sex life with Kourtney.

"Younes," their source reports. "Is having the best sex of his life with Kourtney."

Despite their age gap, that is really no surprise.

Younes also isn’t bothered by the age difference, the insider reveals, because "he thinks she looks amazing and much younger than her actual age."

That is true. She does.

"Younes loves being with an older woman," the source continues, treading on dangerous waters.

We cannot imagine that Kourtney, who was snubbed by Maxim this summer, loves being characterized as an older woman.

Even though that is, you know, technically correct.

The insider describes how Younes gets so much joy from their sex life "because Kourtney is more experienced."

Of course. She’s been at it longer.

The source says that Kourtney is sex-savvy "and more comfortable with her body than any other woman he has ever been intimate with."

That makes sense. In our sex negative society, a lot of younger folks may be insecure about having sex at all, or be too overwhelmed by hang-ups and body issues to be at their best.

With time, that discomfort with owning your sexuality can go away.

"They have great chemistry together," the insider says.

The source says that they really complement each other, "and it’s fireworks every time they step into a bedroom together."

Well, there’s no reason to joke about it. Kourtney is older. She’ll be 40 in under a year. Many would say that she qualifies as a cougar.

Younes describes their sex life in that way, the source says, "because Kourtney is such a hot older mom."

"They cherish the time they get to spend on vacation together, without her kids," the insider says, adding that qualifier.

Children can be wonderful, of course, but sometimes you need some alone time. Especially when you’re two unreasonably attractive people who know how to sex it up.

Kourtney and Younes, the source descrbies, "are having the time of their life" while in Capri.

Capri is perhaps the most beautiful place on the planet. You go there and you realize why Tiberius left Rome and never looked back.

Unfortunately, it looks like someone has been trying to spoil their good time.

Who else would try to rain all over Kourtney’s parade than her ex, Scott Disick?

A source reveals: "Scott is doing his best to ruin her vacation by sending her mean text messages."

That is awful! And totally uncalled for.

"He swears he doesn’t want her back," the insider says. "So this is just about making life hard for her."

Some people will do anything out of spite. That’s sad.

We hope that Kourtney and Younes continue enjoying themselves and don’t let the hate get them down. 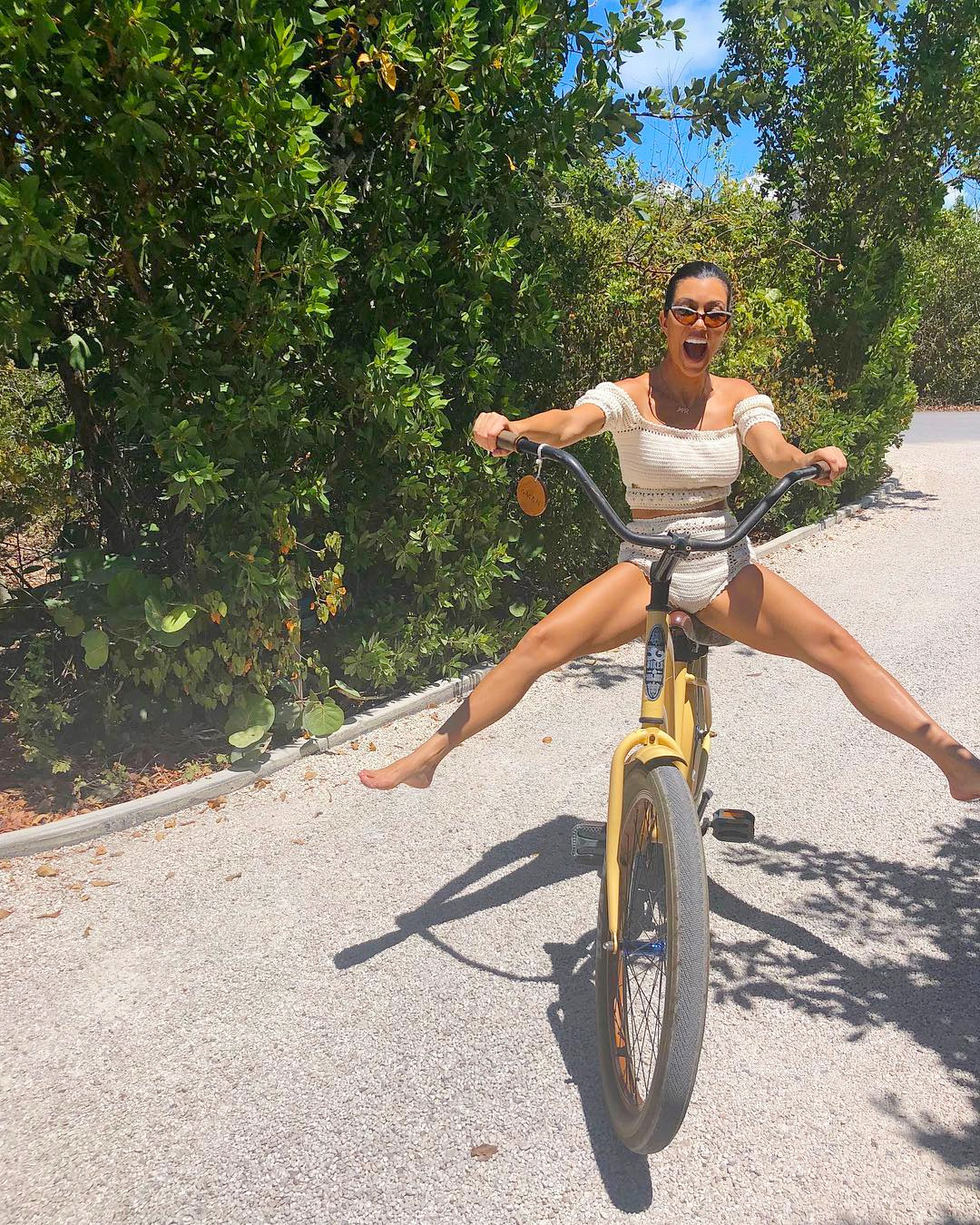