The Voice has done a lot for Blake Shelton over the past 8 years.

It’s how he and Gwen Stefani met. It’s how people who aren’t big Country fans know who he is. It’s probably how he somehow ended up "Sexiest Man Alive."

Despite all of that, Blake is reportedly considering quitting the show that has given him so much — including tens of millions of dollars.

Surprisingly, it sounds like producers wouldn’t mind that at all. And it may all come down to Blake Shelton’s behavior when the cameras aren’t rolling.

Blake Shelton has been making headlines since he first hooked up with Gwen Stefani a few years ago.

Their runaway romance began after Gwen shared her story of being cheated on with her costars — she wanted to tell her fellow judges what was going on in her life before they heard speculation in tabloids.

Blake came forward, telling Gwen that he’d just gone through something similar in his own life.

The two of them bonded over that. And then, at some point, they boned. (There have even been reports that Blake Shelton is trying to impregnate Gwen Stefani)

So, money and visibility and alleged sexiness aside, it’s safe to say that The Voice has changed Blake Shelton’s life in a really positive way.

Radar Online reports that Blake Shelton may walk away from The Voice.

"Blake has made tens of millions of dollars on The Voice and he has gotten insane exposure for his music."

It’s true. If you’re not a Country fan, you had probably never heard of him before he went on The Voice, if then.

A lot of people never noticed that he existed until he started dating Gwen Stefani.

"But the money and fame have changed Blake."

It sounds like he’s turned into a real diva when the cameras aren’t rolling.

"He is a cry baby if he doesn’t get his own way and he barks orders at people."

Oh gosh. That sounds like an unpleasant way to behave.

That source has more to say, which we’ll get to in a moment.

But we should mention that some people’s first reaction will be that "diva behavior" doesn’t really match Blake Shelton’s image.

Or rather that it doesn’t really match Country Music’s image.

The key word there is image. Successful stars are great at managing their images; it is a key to success.

Blake Shelton is a guy who allegedly cheated just as much as Miranda Lambert, but it’s Miranda’s life that was ruined as the Country community sided with him during their split.

So it’s probably fair to say that Blake knows how to portray himself one way to the public and another in private.

Ultimately, Blake Shelton’s decision on whether or not to depart may rest on the shoulders of Adam Levine, who is also considering quitting.

The reason is that Adam’s wife Behati Prinsloo is pregnant with baby #2, and he may want to spend more time with his family.

"If Adam quits, Blake is definitely walking out behind him."

Interesting. We wonder if Blake would feel insecure about remaining behind if Adam leaves. Certainly, we’ve never heard that there’s any love lost between the two.

Also interesting is that apparently the show itself wouldn’t mind. 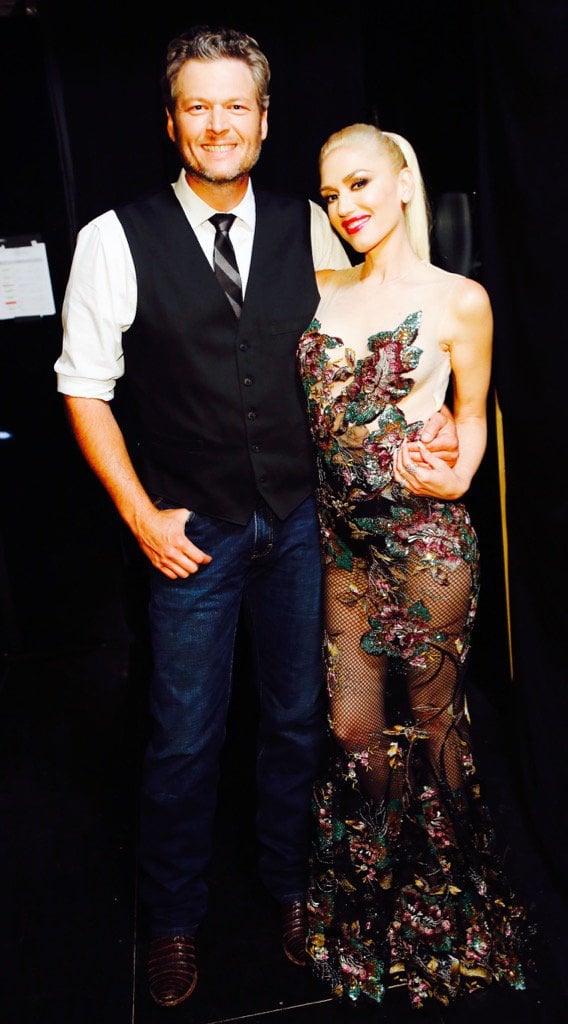 "And producers are okay with that."

"After eight years of Blake and Adam doing this, everyone is just ready for a change."

It’s hard to parse stories about someone allegedly considering quitting; that could come from offhand remarks, after all.

But though new judges could breathe new life into The Voice, we have to wonder if the change could risk losing them viewers.

After all, despite the shock that most people felt when they saw Blake Shelton absurdly selected as the Sexiest Man Alive, some people clearly feel that way.

And maybe a lot of those people make up The Voice‘s core demographic of viewers.