And make way for Ashley Graham!

The 27-year old has confirmed via Instagram that she’ll be featured this month in the Sports Illustrated Swimsuit Edition, becoming the first plus-size model in history to grace the pages of that iconic issue.

Graham wrote as a caption to the above image:

"Secret’s out!! So honored to be the face of #CurvesInBikinis for @swimsuitsforall! Can’t wait for the ad’s debut in the @SI_Swimsuit issue!"

Added the Size-16 brunette in a statement shortly after the news broke:

"I know my curves are sexy and I want everyone else to know that theirs are too. There is no reason to hide and every reason to flaunt."

Graham actually made headlines last month when she took issue with Jennifer Lawrence serving as Hollywood’s idea of a "regular" sized woman.

"There needs to be more education in schools, because that’s where eating disorders start. It’s not just about being healthy; it’s also about loving who you are."

Amen, Ashley! If only Kim Kardashian had thought to embrace this very same viewpoint before she became publicly obsessed with weight loss.

Graham – whose modeling resume includes spreads in Elle, Harper’s Bazaar, Glamour and Latina – can serve as a role model to young women everywhere.

Ditto Robyn Lawley, who will be the first plus size model to pose for the issue’s actual content – Graham will appear in an advertisement – this year: 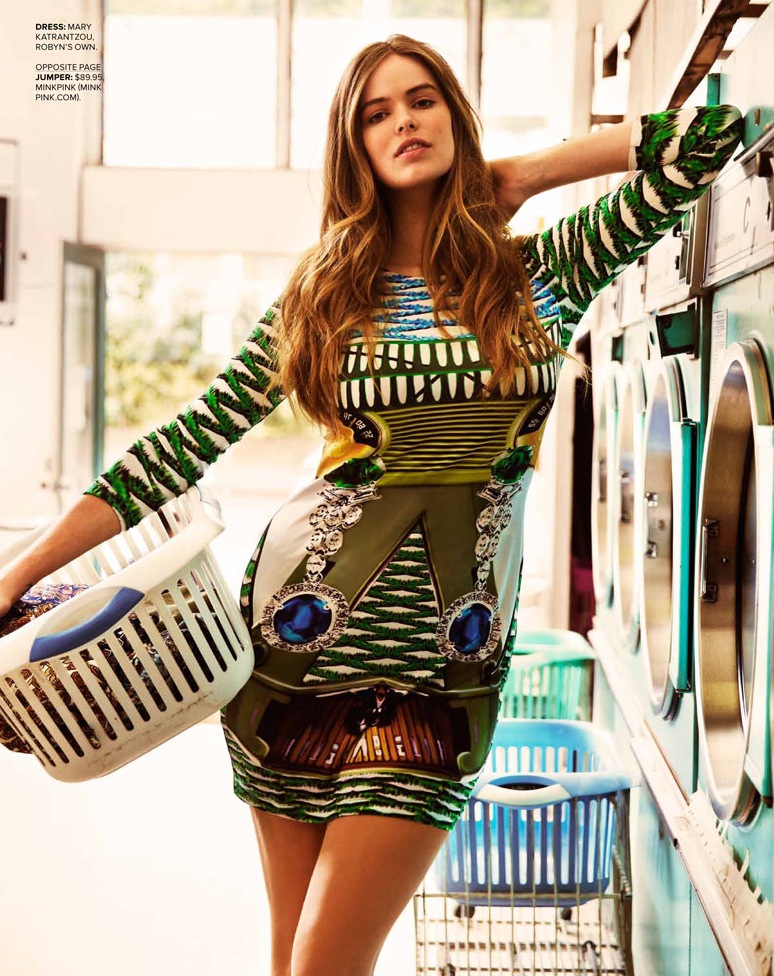