That summer fling has apparently been flung.

But you can go elsewhere to read about what went wrong between Swift and Hiddleston.

We’re here to talk about that OTHER famous Taylor Swift relationship from 2016:

Remember when she was dating Calvin Harris?

The singer and the DJ were together, for, like, 15 months, splitting this spring… just before Swift was caught canoodling with Hiddleston.

Now, in a cover story with British GQ, Harris opens up about his relationship with Swift and his subsequent break-up in more detail than ever before.

"It’s very difficult when something I consider so personal plays out very publicly," Harris tells the publication.

"She respected my feelings in that sense. I’m not good at being a celebrity."

19 Most Bitter Breakups in Hollywood History

But then after the relationship ended? That’s when things really got crazy.

Although Harris puts it in even more blunt terms.

"All hell broke loose," he says. "Now I see that Twitter thing as a result of me succumbing to pressure. It took me a minute to realize that none of that matters.

"For both of us it was the wrong situation. It clearly wasn’t right, so it ended, but all of the stuff that happened afterwards…"

Harris here is referring to the beef he got into with Swift over the songwriting credit on "This is What You Came For."

After Taylor tried to claim that she was actually the main person responsible for that smash single, Harris could not sit back in silence any longer.

"I wrote the music, produced the song, arranged it and cut the vocals,” Harris Tweeted in July.

And then he took it to another, amazing level, writing the following as a follow-up:

Hurtful to me at this point that her and her team would go so far out of their way to try and make ME look bad at this stage.

I figure if you’re happy in your new relationship you should focus on that instead of trying to tear your ex bf down for something to do.

I know you’re off tour and you need someone new to try and bury like Katy ETC but I’m not that guy, sorry. I won’t allow it.

Please focus on the positive aspects of YOUR life because you’ve earned a great one.

Wow. No one had ever called out Taylor Swift like that before.

But it sounds like Harris sort of regrets doing so now.

You’ve got to admire and appreciate that honesty, don’t you? 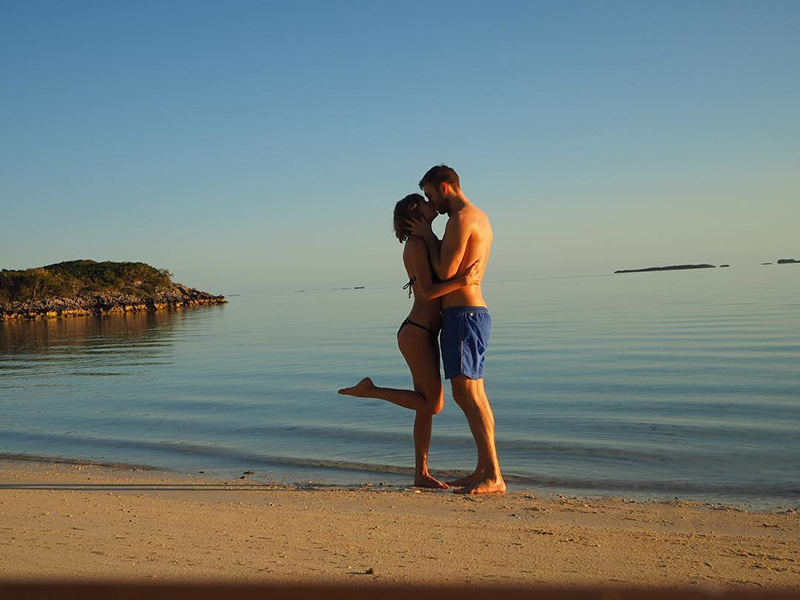 Taylor Swift and Calvin Harris Show Off Beach Bodies, Each Other

"It was completely the wrong instinct," he says in hindsight.

"I was protecting what I see as my one talent in the world being belittled. It felt like things were piling on top of me and that was when I snapped."

He really does seem like a decent, regular guy.

And also a lucky one: according to new reports, Harris is now dating Eiza Gonzalez.

Way to rebound there, Calvin! You got up high and snagged quite the catch with that one.

We hope you know what you have here, Eiza.