When Rob Kardashian proposed to Blac Chyna, fans were shocked – but not nearly as stunned as his family.

If you recall the fateful moment back in April, Chyna showed off her engagement ring on Instagram and the world awaited a reaction from Rob’s mom and sisters.

But the reaction never came, and many fans felt the Kardashian-Jenner clan was rudely snubbing their brother on his happy news because they didn’t approve of his wife-to-be.

Now, fans get to re-live the engagement drama on Keeping Up With the Kardashians, and last week we learned that the family, who at the time were on vacation in Vail, were disappointed to learn of Rob’s engagement through social media rather than his own mouth.

And truthfully, you can’t really blame them.

In the clip below, we see how Rob finally came clean and talked to his sisters Kim, Kourtney and Khloe Kardashian about his proposal.

"It happened, like, spontaneously, so that’s why you guys weren’t in the loop," he explains. "’Cause I was gonna do this regardless, I just didn’t know when, and it just ended up happening."

So… he was just carrying the ring around on his person and suddenly felt the urge to pop the question in front of Chyna’s entire family? Hmm.

Kim tells her brother that it just would’ve been nice to get a quick text to notify them, because they were inundated with calls from friends and felt dumb not knowing what to tell them. 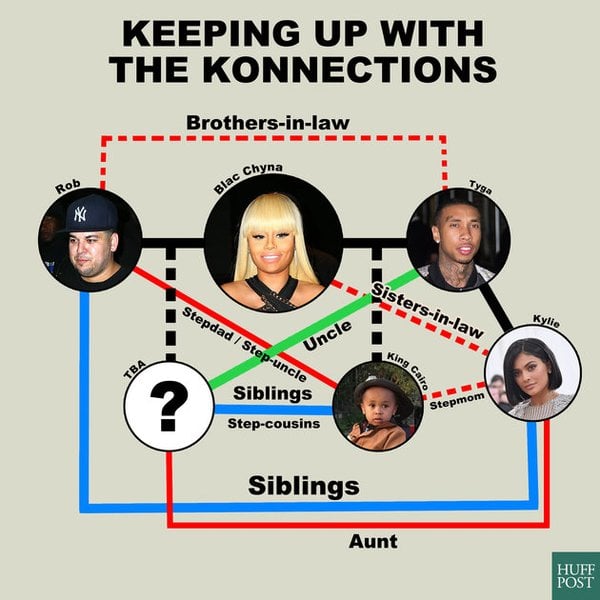 Rob counters by telling his sisters that if they were really concerned, they would’ve contacted him directly.

"It’s a two-way street, you guys could easily have picked up the phone and called me," he said.

"No, I’m not gonna talk to you guys when you guys are in a room with Tyga on a ski trip."

In case you don’t know the back story, Kylie Jenner’s boyfriend Tyga is the baby daddy and ex-fiance of Chyna and had joined the family on their ski vacation in Vail.

Rob argues that he’s happy with Chyna, then Kourtney Kardashian jumps in and says something that seems to make him get it.

"Of course we would be happy for you, but we’re allowed to be hurt that you didn’t tell us, but you’re allowed to do it in your own way," she says.

And because this "reality" show has to conclude with the Kards ultimately supporting each other, they all make nice and Rob apologizes in the end.

But wait! The clip doesn’t end without Rob dropping an ominous cliffhanger…

"There’s one more thing I have to talk to you guys about," he tells them. "I don’t want you guys to get mad."

Guess we gotta watch Keeping Up With the Kardashians online to find out.