We just… give up.

After all these years covering the many ups and downs of Kailyn Lowry and Chris Lopez, we just have no idea where thees two stand and/or what the future holds for them.

How could we, you know?

Lowry, as you may recall, took out a restraining order against Lopez back in the day.

She then proceeded to have unprotected sex with him and create her second baby with the same man she often referred to as a "deadbeat dad" for the way he acted in regard to their first child.

We cover celebrity gossip for a living and had never previously heard of such a situation.

Even welcoming son Creed into the world last summer did little to quell the tension between Lopez and Lowry.

This is actually the name of Lopez’s new podcast, as he uses an acronym that stands for Pressure Talks with Single Dads.

Explaining the title upon announcing such an endeavor, Chris said on air that the Teen Mom 2 star gave him PTSD, although he confessed he didn’t “know if that’s real.”

It most certainly is, let us state that for the record right now.

This is all a preamble to shed some light on what Lopez said on the latest edition of his podcast, which he co-hosts with a friend nicknamed Bread.

At one point on the episode, Bread asked Chris if he’s still in love with Lowry.

Instead of scoffing at the notion and shooting it down immediately, Lopez instead replied:

"I plead the fifth."

Lopez then opened up a bit more after Bread asked if he would reunite with his ex. Like, in a romantic sense.

Like, would Chris ever get back together with Kailyn?

After some mumbling, Chris said "no," but then explained: "I can’t answer that right now…it’s iffy."

It’s iffy?!? There’s still a chance that Lopez and Lowry could end up back in bed together?!?

"To me, it would have to be later down the line. It’s too much…hurt….the hardest thing is leaving a relationship you didn’t want to be leave…you lose trust," Lopez elaborated on this possibility.

"I struggle with getting over people, but what helps is I just don’t check on them."

We’re not sure if that helps when this other person is the mother of your two kids.

You sort of need to check on them and remain in contact with them and, ideally, be on amicable terms with them.

Just last year, however, Lowry attacked Lopez after Chris gave their first son, Lux, a haircut with his mother’s permission.

Lopez later said addressed the confrontation and said he’s "trying to forgive my kids’ mother in a sense. That’s been hard. That ain’t been easy."

Lowry, for her past, hasn’t appeared interested in hooking back up with Lopez. Perhaps she’s at last seen the error in her ways with him.

“I’m at a point right now in my life where I feel like I don’t want to reconcile with anyone that I don’t have in my life," she recently said on her own podcast, adding:

"Or even if it has to do with me f-cking up, like I did something they didn’t like, I did what I did. I’m sorry if that hurt you. But I also still don’t want to be friends. Like, I don’t." 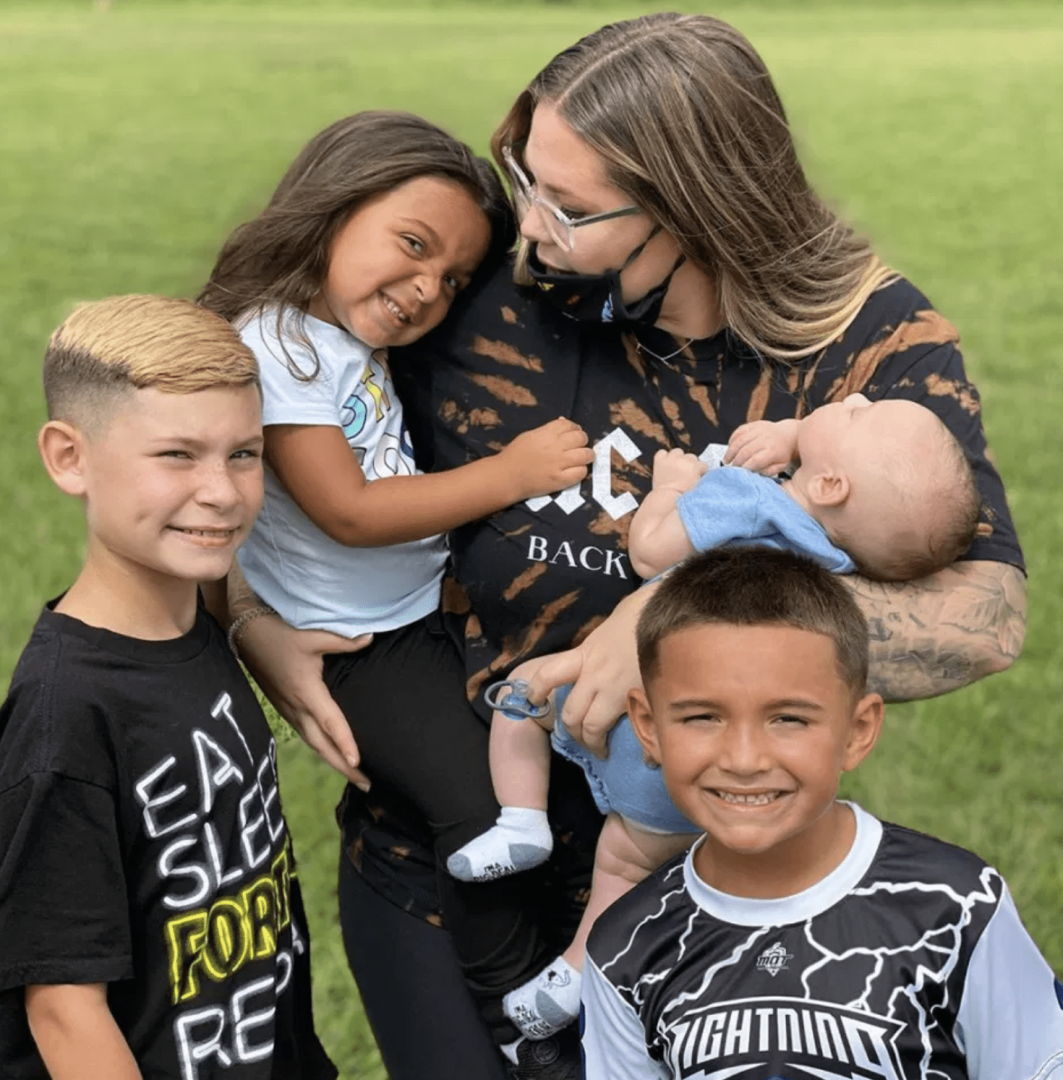