Selena Gomez has no sympathy for Justin Bieber.

But she does have a pointed message for her ex-boyfriend.

Over the weekend, Bieber went very public with his new romance, sharing a number of photos of himself and Sofia Richie in Tokyo.

The 17-year old daughter of Lionel Richie accompanied the artist on this leg of his ongoing tour, with both halves of the couple making it pretty clear:

They are definitely doing it.

Bieber and Richie filled up their Instagram feeds with cute selfies, mostly snapped of the lovers hanging in the backseat of a car.

But followers had many mean things to say in response to the relationship, saying they "hate" Richie and even issuing a few threats in her direction.

In response, Bieber issued a threat of his own.

“I’m gonna make my Instagram private if you guys don’t stop the hate this is getting out of hand,” Bieber captioned a picture of himself with Richie.

He added: “If you guys are really fans you wouldn’t be so mean to people that I like."

Now, it appears as if Selena has taken note of Bieber’s relationship and his response to critics – and she has something to say about it.

An Instagram account known as The Shade Room has shared what it claims to be is a message from Gomez to Bieber.

It very clearly calls out the singer for daring to threaten his fans, saying if Justin doesn’t want public commentary on his love life… he ought to keep said love life private.

"If you can’t handle the hate then stop posting pictures of your girlfriend lol – it should be special between you two only," Selena allegedly wrote.

We’re a little weary over the validity of this Tweet, which Gomez supposedly deleted soon afterward.

First, it would be the first time she ever called out Bieber for dating someone else.

Selena has said on many occasions that she doesn’t want to be associated with Bieber anymore; so it’s hard to believe she’s get involved in his personal affairs.

Secondly, Selena herself was on the receiving end of a lot of hate back when she first started dating Bieber in 2011.

You’d think she would be sympathetic to Sofia Richie in this case.

THEN AGAIN, Gomez did go ahead and share the following montage of herself and fans around the world:

She included with it the following caption:

"My whole life. You matter most. Thank you letting me do what I love every day."

This may very well be a passive aggressive dig at Bieber. This could easily be Gomez proving that she has nothing but love for her fans… while her ex has some contempt for his at the moment.

That still doesn’t mean she went the first message, however.

Another social media account, meanwhile, then screengrabbed comments believed to be from Justin.

"It’s funny to see people that used me for attention and still try to point the finger this way. Sad. All love," he reportedly wrote.

Gomez and Bieber almost never interact with each other over social media.

We can’t think of any times in the past when they’ve had these kinds of exchanges for the world to see.

So, again, we question whether these deleted posts were ever truly written by the singers.

But we leave it up to you. Do you think Gomez is really giving Bieber a hard time here for complaining?

Do you think she would be right to do so? Should Justin keep his private life more private?

Or is this how everything now works in the social media age and, if anything, he ought to be applauded for standing up for his new girlfriend? 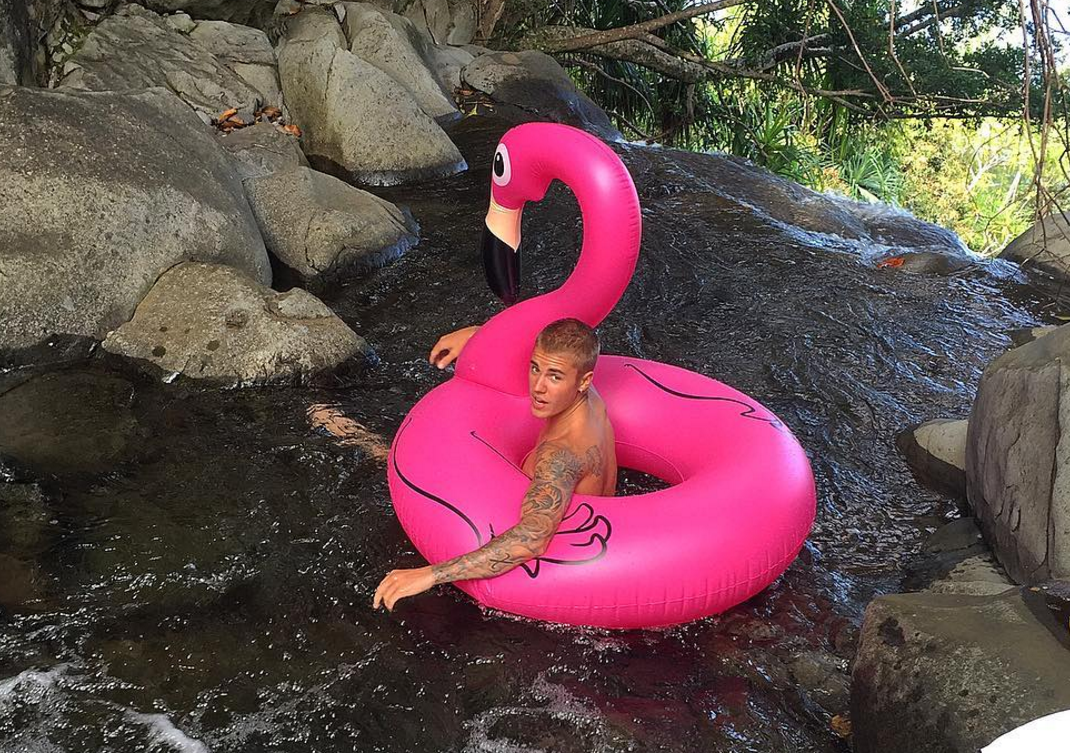