You have to pick out a dress… and a location… and rings… and flowers… and by the time you get to the invitation, you may very well be sick of the entire thing.

So we understand that some engaged couples may not want to proofread these items. They just want to mail them and be done with it.

But, well, that means the above mistake could possibly be made.

Yes, one boyfriend and girlfriend accidentally (we assume… we hope!) asked their wedding guests if they want beef for dinner; pork for dinner; or a child for dinner.

They would also like to know if this child you want to eat is under 12 years old.

As you might expect, the Internet has quite enjoyed this snafu.

It went viral on Reddit and on Imgur, prompting responses that are funnier than anything we could think of. To wit:

Some couples out there do like to have purposely fun with their invites, of course.

The RSVP request that follows, meanwhile, takes this same concept one step further.

It offers those same four options, along with “Will Decline to Response But Ultimately Attend.”

How many married couples out there right now are nodding along while smiling?

So many brides and grooms have been there.

But no couple in history can top what the following man and woman did with their wedding invitation.

It calls out people who bring a date despite not being told they could… it asks whether you are an ex-boyfriend of the bride… it wonders whether you plan on hooking up with a groomsman.

It’s amazing and perfect and hilarious in every conceivable way.

So the engaged pair who inadvertently inquired about whether guests want to eat a child can take some solace at least.

Perhaps their guests had seen these previous RSVPs and just thought the couple was joking.

Not in any sort of humorous way, granted, but it’s better to be unfunny than lazy, right?

And definitely better to be unfunny than cannibalistic. 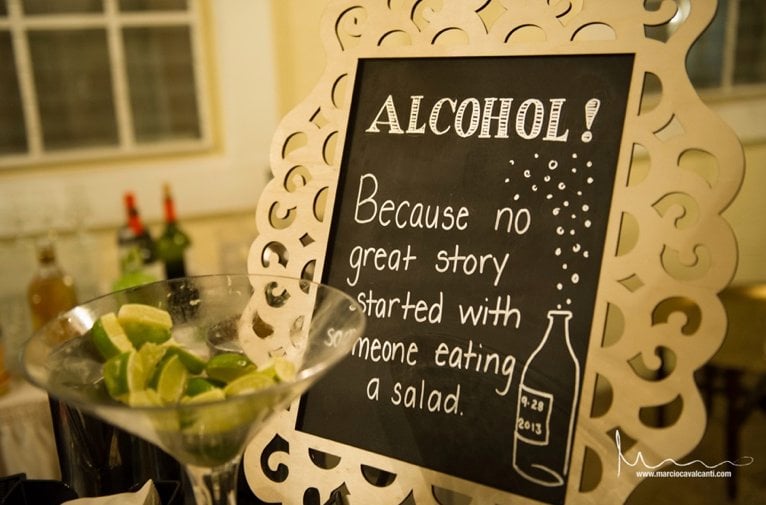