If the Season 6 premiere of Game of Thrones felt a tad uneventful, this week’s episode more than made up for it by arguably doing as much advance the plot as any individual episode in the show’s history.

We begin with the long-awaited return of Bran – and the first appearance of Lyanna Stark, who according to some theories, is the mother of Jon Snow.

Interesting stuff, but let’s face it, the real revelation here is that Hodor talks! And his real name is Willis!

Unfortunately, that’s all in the past.

In the present, he and Meera just stand idly by while Bran and the Three-Eyed Raven have visions. They’re basically like the straight-edge roommates in a stoners’ dorm.

From there, we move to Castle Black for a showdown nearly as tense as any scene in the acclaimed "Watchers on the Wall" episode in Season 4.

At first we were disappointed, as it seemed that the show would be spending another episode attempting to convince us that Jon Snow is really dead (more on that later), but hey – it was cool to see that badass Wildling giant again.

Also making a return in this episode – the d-bag who flashed his dong at Cersei during her painfully memorable walk of shame.

We get the feeling the dude won’t be making any further cameos. If you like giants slamming regular-sized people into walls, this was episode for you!

The Lannisters continue to make their case for the most dysfunctional family in Westeros, as Tommen suspects Cersei of killing Trystane and prevents her from attending Myrcella’s funeral. 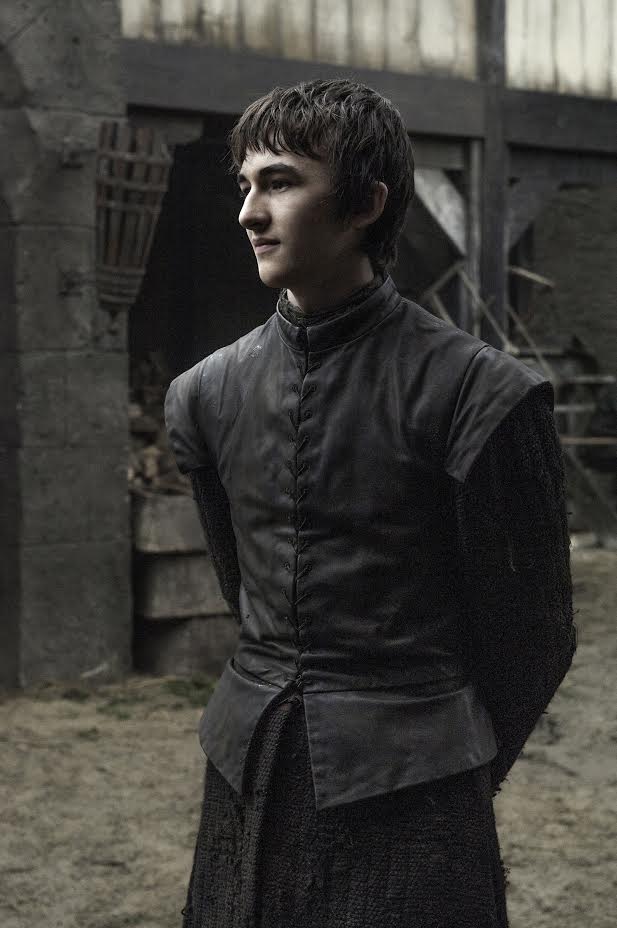 Game of Thrones Season 6 Episode 2 Photos: Bran is Back!

The High Sparrow returns, and it appears he won’t be as easily dispatched as many (including Jaime) initially thought.

It’s beginning to seem like he’s another villain who’s in this for the long haul, but his aims, and the impact that he’ll have on the struggle for the Iron Throne are still unclear.

"Everyone is poor and powerless, and yet together, we can overthrow an empire," he tells Jaime, doing his best impression of Bernie Sanders’ evil twin.

As the sole bad guy who claims to be working for the greater good, the Sparrow could prove to be a dangerous and formidable foe to the Lannisters.

At the very least he’ll be the primary target of Cersei’s inevitable revenge.

Speaking of Lannisters, Tyrion is still working for the missing Khaleesi.

Although these days, that mainly means drinking a lot and spouting witty one-liners.

In fairness, if we were about to single-handedly prove that dragons aren’t so bad after all, we’d need a glass of wine or seven, too.

Tyrion unchains Dany’s scaly pets, and survives the encounter, but we still don’t know much about how well the dragons follow orders and what role they’ll play in her rescue.

Unfortunately, that was the closest we got to a Daenerys update this week.

Arya continues to practice the world’s most painful religion, though for once, she seems to be making progress.

Meanwhile, Ramsay gets backed further into a corner and reacts like the evil vermin that he is by perpetrating one of the most despicable acts we’ve seen on GoT (no mean feat!).

Like Ramsay, Sansa, Reek and Brienne are also laboring under the impression that Jon is alive, well and in command of the Night’s Watch.

It’s partially for that reason that Reek (in a surprisingly touching scene) abandons the mission to return Sansa to safety and heads home. (The title of the episode applies to just about every storyline in equal measure.)

That brings us back to the Iron Islands (Also worth noting: This episode was filled with some impressively seamless transitions.) where Euron Greyjoy throws his brother Balon to his death.

And then finally – finally! – we get a direct answer to the question that Thrones fans have been asking for months: Can Melisandre bring Jon Snow back to life?

The answer yes – but it ain’t easy.

The showrunners did a good job of building tension during Jon’s resurrection scene, but the whole thing felt a bit inevitable, which was perhaps unavoidable, as fans have been predicting this outcome for months.

We all knew that Jon was coming back somehow.

His character is too significant to the show’s other storylines, and it would’ve been absurd to spend so much time establishing his importance just to kill him off in somewhat random fashion.

Now that the "Jon is dead" storyline is resolved (Paul is still the walrus, BTW.) it almost feels like we can let out our bated breath and go about the business of beginning to bring "the great game" toward its conclusion.

The episode is entitled "Home," after all, and that could’ve meant several things in Jon’s case, but in the end, it seems to affirm that the Lord Commander truly belongs at Castle Black.

Watch Game of Thrones online to relive the many ups and downs of the bastard from Winterfell.

Game of Thrones Gambling Odds: Wager on Who Will Win the Iron Throne!