Just a few weeks after news broke that Eva Mendes and Ryan Gosling were expecting their second child together, even more exciting news broke:

Neither the intensely private actor nor the very private actress has confirmed the birth of their baby.

However, according to the birth certificate – which was obtained by TMZ – the famous parents have named their daughter Amada Lee Gosling.

She was actually born back on April 29 at 8:03 a.m. at Providence St. John’s Health Center in Santa Monica.

And, no, that is not a typo. The document lists her name as Amada, not Amanda.

The newborn’s unusual first name should actually sound familiar to fans of Mendes and Gosling: their first-born daughter is named Esmeralda Amada Gosling.

After she welcomed Esmeralda into the world, Mendes said she wanted first and middle names that represented her Hispanic heritage because their daughter has Gosling’s surname.

Celebrities Who Welcomed Babies in 2016

To their credit, Mendes and Gosling have always kept their personal lives mostly private; heck they have not even shared a picture of their little first girl publicly yet.

Somewhere, this fact is causing the head of Kim Kardashian to explode in confusion.

So while we don’t expect to hear from either star any time soon, an insider close to Mendes and Gosling told E! News shortly the former gave birth to Esmeralda that the celebrities are loving parenthood.

"They’ve settled so well into their new family of three," the source said.

"Ryan is very hands on and has been taking the baby after the early morning feed so Eva can sleep in a bit. He sings the baby song… they are both madly in love with this child."

As for what the Internet will have to say about this news?

If the first time around was any indication… 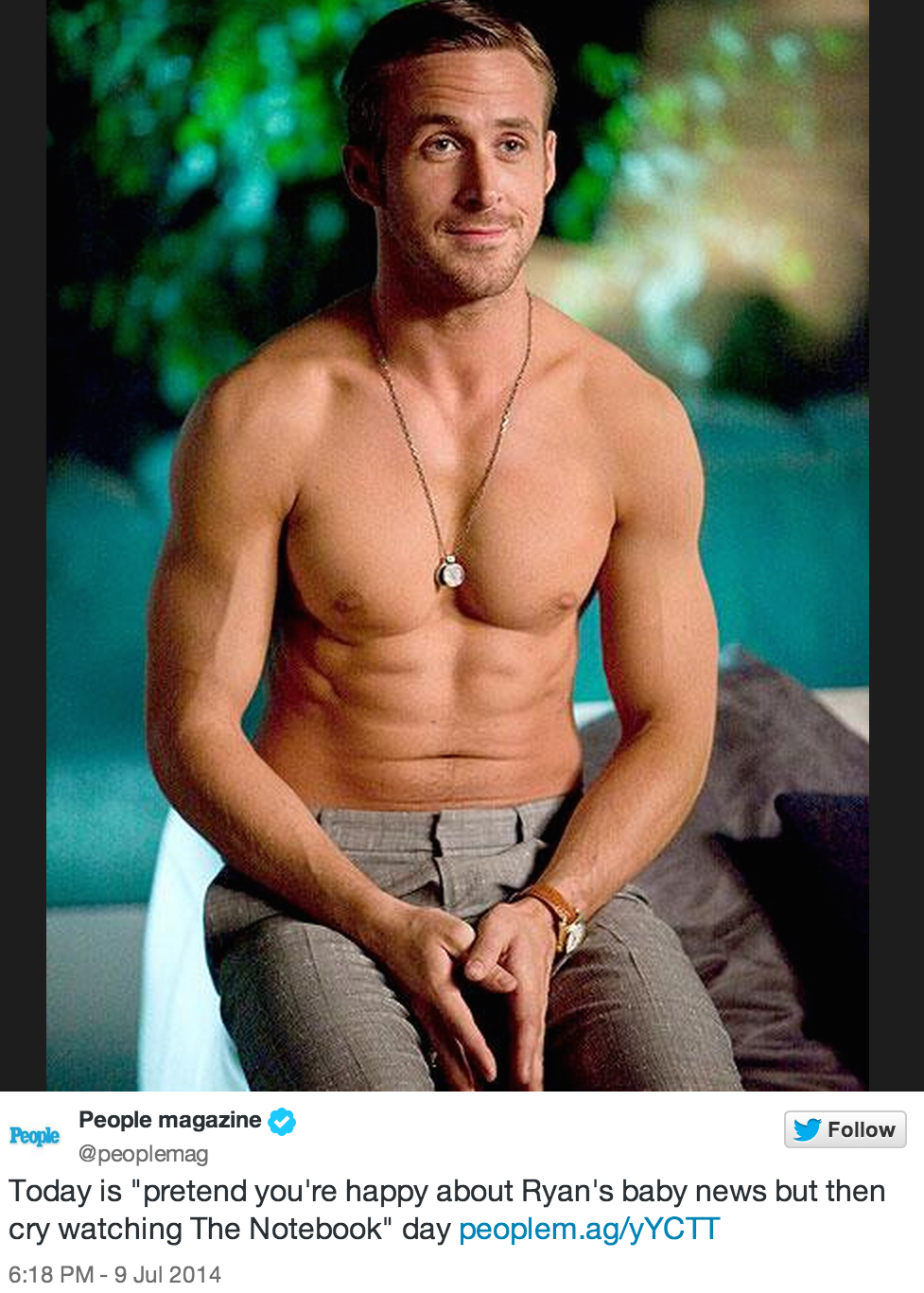 Internet Reacts in Horror to #GoslingBaby