For the record, Miley Cyrus is a feminist.

So is Courtney Stodden.

But the following felines are decidedly NOT part of this movement. Not at all. Not even a little bit.

In what appears to be a strange response to the even stranger hashtag #WomenAgainstFeminism, someone has created a Tumblr titled “Confused Cats Against Feminism."

Really, it’s unclear why it exists, but it’s even more unclear why anyone should care… because it’s totally hilarious!!!

Why, you’re likely wondering, are cats against feminism? For reasons that range from food to vacuums to work to, well, food again. Flip through and learn more: 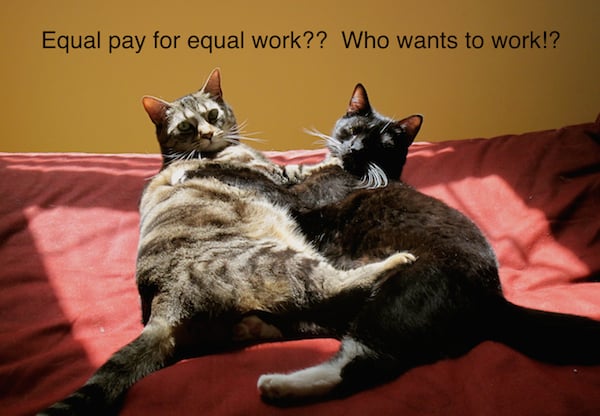